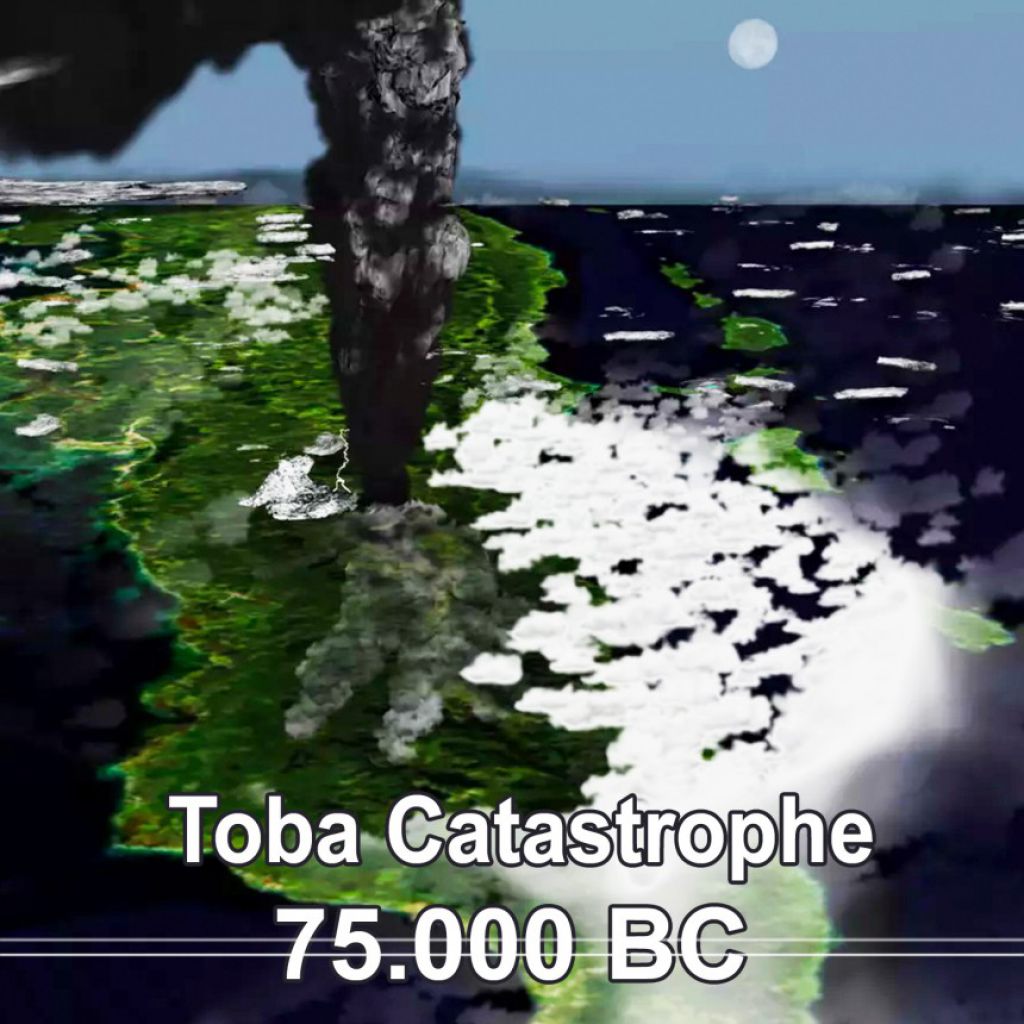 The Toba supereruption was a supervolcanic eruption that occurred about 75,000 years ago at the site of present-day Lake Toba in Sumatra, Indonesia.

The Toba supereruption is one of the Earth's largest known eruptions. The Toba catastrophe theory holds that this event caused a global volcanic winter of six to ten years and possibly a 1,000-year-long cooling episode.

In 1993, science journalist Ann Gibbons posited that a population bottleneck occurred in human evolution about 70,000 years ago, and she suggested that this was caused by the eruption.

Geologist Michael R. Rampino of New York University and volcanologist Stephen Self of the University of Hawaii at Manoa support her suggestion.

In 1998, the bottleneck theory was further developed by anthropologist Stanley H. Ambrose of the University of Illinois at Urbana-Champaign.

Both the link and global winter theories are highly controversial. The Toba event is the most closely studied supereruption.

The Toba eruption or Toba event occurred at the present location of Lake Toba in Indonesia, about 75000±900 years Before Present (BP) according to potassium argon dating.

This eruption was the last and largest of four eruptions of Toba during the Quaternary period, and is also recognized from its diagnostic horizon of ashfall, the youngest Toba tuff (YTT). It had an estimated volcanic explosivity index of 8 (the highest rating of any known eruption on Earth); it made a sizable contribution to the 100×30 km caldera complex.

The erupted mass was 100 times greater than that of the largest volcanic eruption in recent history, the 1815 eruption of Mount Tambora in Indonesia, which caused the 1816 "Year Without a Summer" in the Northern Hemisphere. Toba's erupted mass deposited an ash layer about 15 centimetres (5.9 in) thick over the whole of South Asia.

A blanket of volcanic ash was also deposited over the Indian Ocean, and the Arabian Sea, and South China Sea. Deep-sea cores retrieved from the South China Sea have extended the known reach of the eruption, suggesting that the 2800 km³ calculation of the erupted mass is a minimum value or even an underestimate.

Biologist Michael R. Rampino and volcanologist Stephen Self argue that the eruption caused a "brief, dramatic cooling or 'volcanic winter'", which resulted in a drop of the global mean surface temperature by 3-5 °C. Evidence from Greenland ice cores indicates a 1,000-year period of low δ18O and increased dust deposition immediately following the eruption.

The eruption may have caused this 1,000-year period of cooler temperatures (stadial), two centuries of which could be accounted for by the persistence of the Toba stratospheric loading.

Rampino and Self believe that global cooling was already underway at the time of the eruption, but that the process was slow; YTT "may have provided the extra 'kick' that caused the climate system to switch from warm to cold states".

Although Clive Oppenheimer rejects the hypothesis that the eruption triggered the last glaciation,  he agrees that it may have been responsible for a millennium of cool climate prior to the 19th Dansgaard-Oeschger event.

According to Alan Robock, who has also published nuclear winter papers, the Toba eruption did not precipitate the last glacial period.

However, assuming an emission of six billion tons of sulphur dioxide, his computer simulations concluded that a maximum global cooling of approximately 15 °C occurred for three years after the eruption, and that this cooling would last for decades, devastating life.

The climate recovered over a few decades, and Robock found no evidence that the 1,000-year cold period seen in Greenland ice core records had resulted from the Toba eruption.

In contrast, Oppenheimer believes that estimates of a drop in surface temperature by 3-5 °C are probably too high, and he suggests that temperatures dropped only by 1 °C. Robock has criticized Oppenheimer's analysis, arguing that it is based on simplistic T-forcing relationships.

Despite these different estimates, scientists agree that a supereruption of the scale at Toba must have led to very extensive ash-fall layers and injection of noxious gases into the atmosphere, with worldwide effects on weather and climate.

In addition, the Greenland ice core data display an abrupt climate change around this time, but there is no consensus that the eruption directly generated the 1,000-year cold period seen in Greenland or triggered the last glaciation.

The idea that humans nearly became extinct 75,000 ago because of a super-volcano eruption is not supported by new data from Africa, scientists say.

In the past, it has been proposed that the so-called Toba event plunged the world into a volcanic winter, killing animal and plant life and squeezing our species to a few thousand individuals.

An Oxford University-led team examined ancient sediments in Lake Malawi for traces of this climate catastrophe.

It could find none.

"This puts a nail in the coffin of the disaster-catastrophe theory in my view; it's just too simplistic"

The results of her team's investigation are published in the

Proceedings of the National Academy of Sciences.

0
Facebook
Twitter
WhatsApp
B2myg-4zkE8 the-fifth-estate-e-cigarettes-welcome-back-big-tobacco The Fifth Estate | E-Cigarettes : Welcome Back, Big Tobacco Big Tobacco is trying clean up its image, moving into the booming e-cigarette business which continuing to peddle the deadly tobacco products. This has left public health officials in Canada, the U.K. and the US. 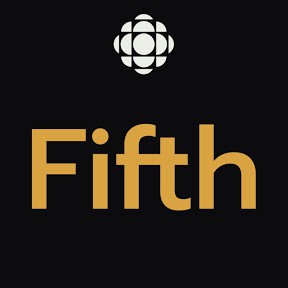 The Fifth Estate 5 years ago