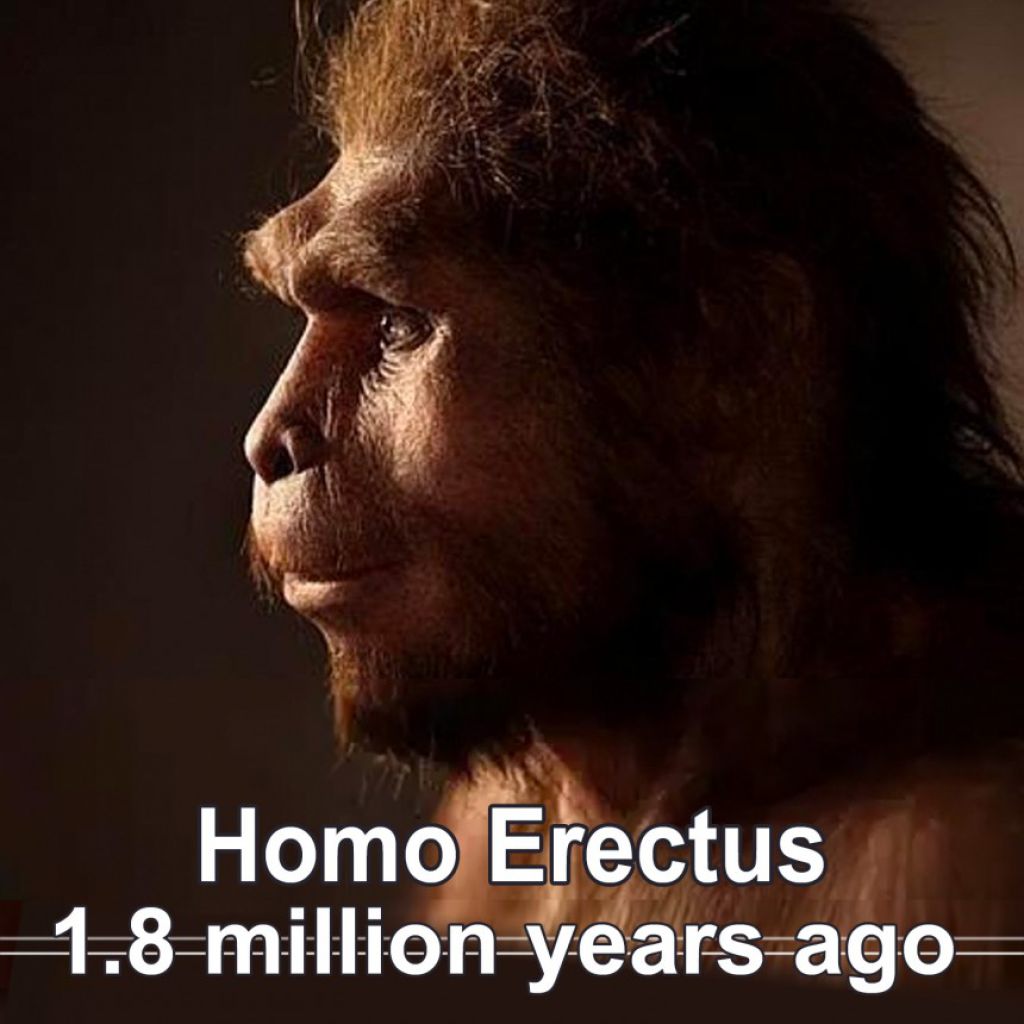 Homo erectus (meaning "upright man") is a species of archaic humans that lived throughout most of the Pleistocene geological epoch. Its earliest fossil evidence dates to 1.8 million years ago (discovered 1991 in Dmanisi, Georgia).

A debate regarding the classification, ancestry, and progeny of Homo Erectus, especially in relation to Homo Ergaster, is ongoing, with two major positions:

1) Homo Erectus is the same species as Homo Ergaster, and thereby Homo Erectus is a direct ancestor of the later hominins including Homo Heidelbergensis, Homo Antecessor, Homo Neanderthalensis, Homo Denisova, and Homo Sapiens; or,

2) Homo Erectus is in fact an Asian species or subspecies distinct from African Homo Ergaster.

Some paleoanthropologists consider Homo Ergaster to be a variety, that is, the "African" variety, of Homo Erectus; the labels "Homo Erectus sensu stricto" (strict sense) for the Asian species and "Homo Erectus sensu lato" (broad sense) have been offered for the greater species comprising both Asian and African populations.

Homo Erectus was never extinct, but developed into derived species, notably Homo Heidelbergensis. As a chronospecies, the time of its disappearance is thus a matter of convention. The species name proposed in 1950 defines Java Man as the type specimen (now H. e. erectus). Since then, there has been a trend in palaeoanthropology of reducing the number of proposed species of Homo, to the point where Homo Erectus includes all early (Lower Paleolithic) forms of Homo sufficiently derived from Homo Habilis and distinct from early omo Heidelbergensis (in Africa also known as Homo Rhodesiensis). In this wider sense, Homo Erectus had mostly been replaced by Homo Heidelbergensis by about 500,000 years ago, with possible late survival in Java as late as 140,000 years ago. The discovery of the morphologically divergent Dmanisi skull 5 in 2013 has reinforced the trend of subsuming fossils formerly given separate species names under Homo Erectus considered as a wide-ranging, polymorphous species. Thus, Homo Ergaster is now well within the accepted morphological range of Homo Erectus, and it has been suggested that even Homo Rudolfensis and Homo Habilis (alternatively suggested as late forms of Australopithecus rather than early Homo) should be considered early varieties of Homo Erectus.

Cocokoreena 10 years ago
NJAzS1eRQS4 neanderthals-and-sapiens-the-100000-year-war Neanderthals and Sapiens, the 100,000-Year WAR The extinction of Neanderthal man is an issue that has never been too hotly debated, especially when we consider that this hominid was the undisputed ruler on our planet for more than 200,000 years and disappeared less than 30,000 years ago, to make way for the species to which we belong by descent: Homo sapiens.

FromPastToFuture 3 months ago
K_W61aL5D5I meeting-our-ancient-human-ancestors Meeting Our Ancient Human Ancestors The Cradle of Humankind in South Africa offers an incredible opportunity to come face to face with some of our earliest human ancestors. Australopithecus, Homo naledi, Paranthropus and others have all been discovered here and give us a rare glimpse into our own past.

Ben G Thomas 3 months ago
M0HoI-C6dDA what-is-it-that-made-homo-sapiens-so-intelligent What is it that made Homo Sapiens so Intelligent? Is it true or not true that we Sapiens are different? And if true, what do we have that is different from all other creatures on the planet?

FromPastToFuture 5 months ago
2uVzUFjVP0c this-is-what-the-earth-looked-like-before-the-dinosaurs-era This is what the Earth Looked Like Before the Dinosaurs Era The Earth has changed so many times and transformed heavily from when it first formed. How life came from non-life is still a big scientific mystery.

Destiny 5 months ago
TbKLLLNe0xQ earth-after-the-dinosaurs-the-day-the-dinosaurs-went-extinct Earth after the Dinosaurs | The Day the Dinosaurs went Extinct One unspecified day 66 million years ago, the impact of a large asteroid changed the Earth - a planet so suitable for life - into a dark and inhospitable place, hostile to most living beings. A giant rock hit the planet millions of years ago and wiped out the dinosaurs.

FromPastToFuture 6 months ago
fg_O2cdOQxA dinosaur-fossil-from-asteroid-strike-that-caused-extinction-found Dinosaur Fossil from Asteroid Strike Extinction Found A dinosaur's leg, stunningly preserved, has been presented by scientists claiming it was likely killed by a giant asteroid which caused the species' extinction.

BBC News 7 months ago
MqkoGab5JtE ancient-humans-homo-floresiensis Ancient Humans | Homo Floresiensis Did you know real Hobbit people used to exist on the planet a long time ago? 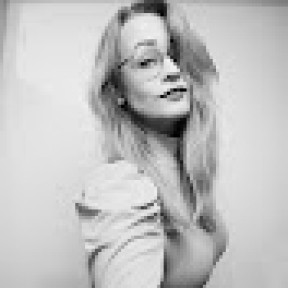 History with Kayleigh 10 months ago
OivG32DVArY genetics-and-human-evolution Genetics and Human Evolution One of the most exciting parts of 21st century science has been the use of genetics to understand patterns of human evolution. 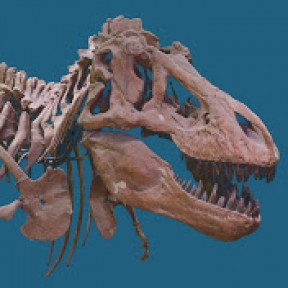 Eons 4 years ago
yR8cR75iKGU from-the-fall-of-dinos-to-the-rise-of humans From the Fall of Dinos to the Rise of Humans After taking you on a journey through geologic time, we've arrived at the Cenozoic Era. Most of the mammals and birds that you can think of appeared during this era but perhaps more importantly, the Cenozoic marks the rise of organisms that look a lot lik

aatventure 5 years ago
ENK245mtPTo how-did-dinosaurs-get-so-huge How Did Dinosaurs Get So Huge? Part of why we’re so fascinated with extinct dinosaurs it’s just hard for us to believe that animals that huge actually existed. And yet, they existed! From the Jurassic to the Cretaceous Periods, creatures as tall as a five-story building were shaking th 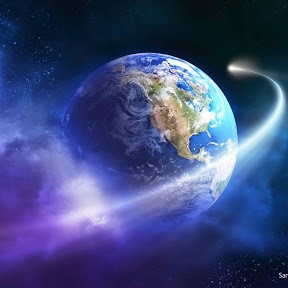 Universe TV 5 years ago
_pGNM9CTLJg crispr-and-the-future-of-human-evolution CRISPR and the Future of Human Evolution In part 4 of our special series on human ancestry and evolution, we look into the future. Now that genetic engineering tools like CRISPR allow us to edit our genes, how will that impact human evolution going forward? Are designer babies or eugenics around

CRISPR and the Future of Human Evolution 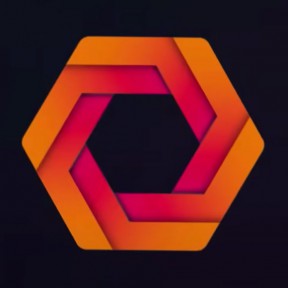 Be Smart 5 years ago