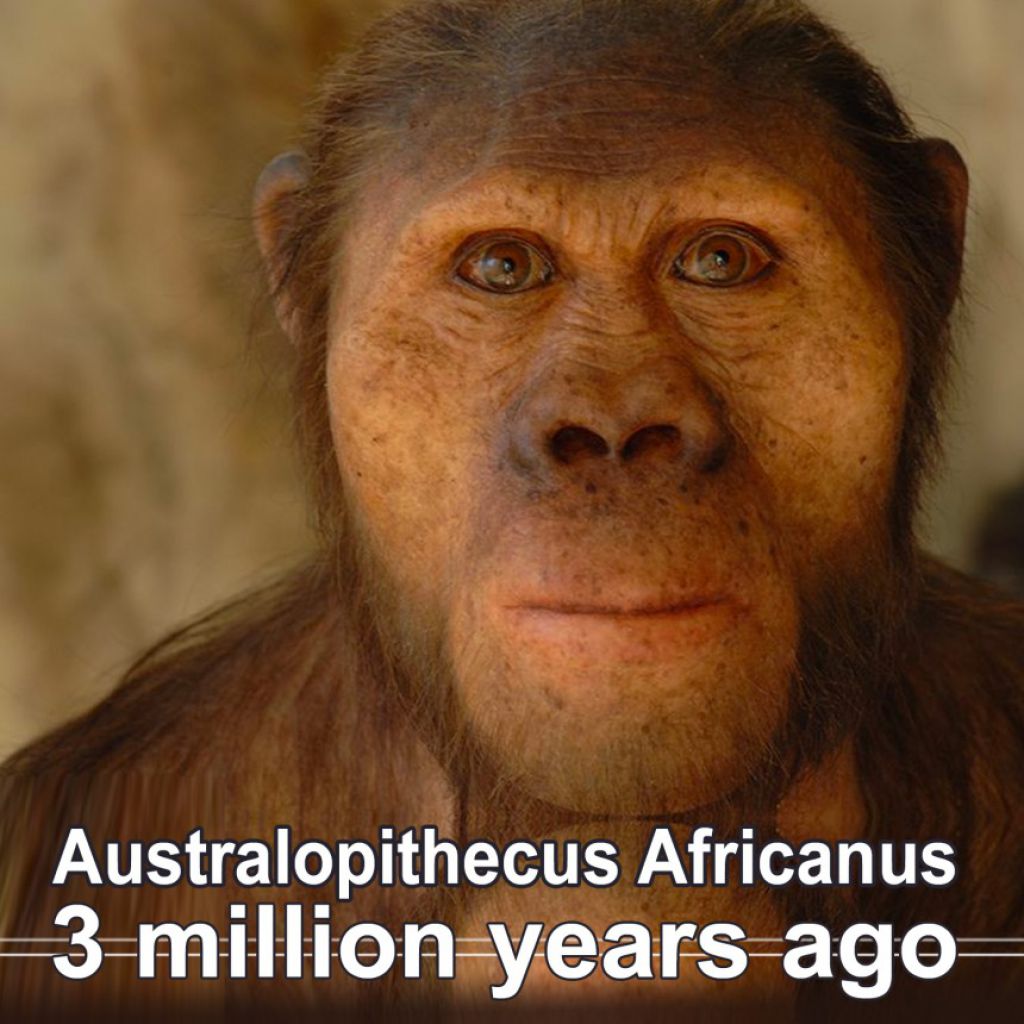 Australopithecus africanus is an extinct (fossil) species of the australopithecines, the first of an early ape-form species to be classified as hominin (in 1924).

Recently it was dated as living between 3.3 and 2.1 million years ago, or in the late Pliocene and early Pleistocene times; it is debated as being a direct ancestor of modern humans. A. africanus was of slender, or gracile, build and has been found only in southern Africa at four sites: Taung (1924), Sterkfontein (1935), Makapansgat (1948) and Gladysvale (1992).