Why Windows Phone Was a $7 Billion Failure

Windows Phone (WP) is a discontinued family of mobile operating systems developed by Microsoft for smartphones as the replacement successor to Windows Mobile and Zune. Windows Phone featured a new user interface derived from the Metro design language. Unlike Windows Mobile, it was primarily aimed at the consumer market rather than the enterprise market.

Due to these changes, the OS was incompatible with all existing Windows Phone 7 devices, although it still supported apps originally developed for Windows Phone 7. In 2014, Microsoft released the Windows Phone 8.1 update, which introduced the Cortana virtual assistant, and Windows Runtime platform support to create cross-platform apps between Windows PCs and Windows Phone.

In 2015, Microsoft released Windows 10 Mobile, which promoted increased integration and unification with its PC counterpart, including the ability to connect devices to an external display or docking station to display a PC-like interface. Although Microsoft dropped the Windows Phone brand at this time in order to focus more on synergies with Windows 10 for PCs, it was still a continuation of the Windows Phone line from a technical standpoint, and updates were issued for selected Windows Phone 8.1 devices.

While Microsoft's investments in the platform were headlined by a major partnership with Nokia (whose Lumia series of smartphones, including the Lumia 520 in particular, would represent the majority of Windows Phone devices sold by 2013) and Microsoft's eventual acquisition of the company's mobile device business for just over US$7 billion (which included Nokia's then-CEO Stephen Elop joining Microsoft to lead its in-house mobile division), the duopoly of Android and iPhone remained the dominant platforms for smartphones, and interest in Windows Phone from app developers began to diminish by mid-decade.

Microsoft laid off the Microsoft Mobile staff in 2016, after having taken a write-off of $7.6 billion on the acquired Nokia hardware assets, while market share sunk to 1% that year.

Microsoft began to prioritize software development and integrations with Android and iOS instead and ceased active development of Windows 10 Mobile in 2017.

Dagogo
ColdFusion
0
Facebook
Twitter
WhatsApp
0TeQKkObWRQ the-history-of-microsoft-1985 The History of Microsoft (1985) For Microsoft, 1985 brings the announcement of the release of Microsoft MacEnhancer expansion system, the Microsoft Mouse is quarantined in Canada and Microsoft celebrates its 10th Anniversary. There's some great footage of the 1985 Roast in this episode.

Microsoft 37 years ago
eIHDyB9bgbA how-general-motors-killed-the-first-modern-electric-car How General Motors Killed the First Modern Electric Car Congrats on 4 million! Been here since you were ColdFusTion and had 300k subs, still subscribed to you on my old as well. It's always great when you make technology history videos, I find them more worthwhile than the latest finance fraud drama.

ColdFusion 1 week ago
13Q_7eEVZAs elon-twitter-and-the-fbi-circus-with-updates Elon, Twitter and the F.B.I. Circus With Updates The full story of the Elon-Twitter situation. What has happened since it all started and why is Elon now scared of the FBI? In this episode, we'll find out.

ColdFusion 3 weeks ago
tKFriKHUy1M microsofts-10-billion-investment-in-chatgpt Microsoft's $10 Billion Investment in ChatGPT It was just reported that Microsoft is planning to invest another $10 Billion in OpenAI. This is the company that created the viral projects, ChatGPT and Dall E 2.

ColdFusion 1 month ago
0uQqMxXoNVs chatgpt-and-beyond-its-time-to-pay-attention-to-ai ChatGPT and Beyond | It’s Time to Pay Attention to A.I. Imagine being able to have a language conversation about anything with a computer. This is now possible and available to many people for the first time with ChatGPT. In this episode we take a look at the consequences and some interesting insights from Open AI’s CEO Sam Altman.

ChatGPT and Beyond | It’s Time to Pay Attention to A.I.

ColdFusion 1 month ago
g_i1alH5TrA why-meta-stock-dropped-70 Why Meta Stock Dropped 70% In this episode we discuss Meta's dramatic fall from the top, and the reasoning behind it.

ColdFusion 2 months ago
20BEJouWBgY the-ftx-disaster-is-deeper-than-you-think The FTX Disaster is Deeper Than you Think In this episode we take a deep dive into Sam Bankman-fried (SBF) and the FTX / Alameda situation.

The FTX Disaster is Deeper Than you Think

ColdFusion 2 months ago
U1dpWiZoiJU how-the-2008-financial-crisis-still-affects-you How the 2008 Financial Crisis Still Affects You This video is a clear and structured piece of work that finally give long awaited answers for me.

How the 2008 Financial Crisis Still Affects You

ColdFusion 3 months ago
QSkKG5bthSA chinas-economy-is-in-bad-shape China's Economy is in Bad Shape In this episode we take a look at the many problems facing China's economy. How did the country end up in this position and what does it mean for the rest of the world?

China's Economy is in Bad Shape

ColdFusion 3 months ago
1JmevmE6AnI things-arent-looking-great-for-the-uk Things Aren't Looking Great for the UK There's been turmoil in the markets surrounding the UK pound. In this episode we take a look.

ColdFusion 3 months ago
FqDP3hbwErA apple-makes-iphone-14-in-india-amid-china-woes Apple Makes iPhone 14 in India Amid China Woes Apple is ramping up its production of iPhones in India. But why? In this episode we find out.

ColdFusion 4 months ago
Lb-JcTJAzmc bereal-social-just-became-the-most-downloaded-app BeReal Social Just Became the Most Downloaded App When it comes to social media, our innocence has been lost. What was once fun and lighthearted has been riddled with scandals ranging from data breaches to depression and social division.

ColdFusion 4 months ago
Ccc0GvjuqkQ why-netflix-is-getting-into-gaming Why Netflix is Getting Into Gaming Its no secret that Netflix is in a bit of trouble. What could they do solve it? Well the plan apparently is a pivot to enter gaming but will it work? In this episode we check out how this is going for them.

Why Netflix is Getting Into Gaming

ColdFusion 5 months ago
ZiKXebOGNL0 the-story-of-spotify-from-near-failure-to-35-billion The Story of Spotify | From Near Failure to $35 Billion Spotify is a massive titan in the music industry, but how did they get so large and how did the company start?

The Story of Spotify | From Near Failure to $35 Billion

ColdFusion 6 months ago
wR3ZJ1wg6Hc how-one-powerful-family-destroyed-a-country How One Powerful Family Destroyed A Country You may have heard about the economic disaster in Sri Lanka, but how did this happen? Well a lot of the blame falls on a rich and powerful family that ruled the country.

How One Powerful Family Destroyed A Country

ColdFusion 6 months ago
2856XOaUPpg did-googles-ai-just-become-sentient-two-employees-think-so Did Google’s AI become Sentient? Two Employees Think So Can an A.I. think and feel? It seems like the answer is always no, but to two Google engineers think this isn't the case. Join me as we look at the wild story of Google LaMDA and the engineer who thinks the AI system has come to life.

ColdFusion 7 months ago
3KZY41SqaTI terra-luna-how-this-man-just-caused-a-45-billion-crash Terra Luna | How This Man Just Caused a $45 Billion Crash Do Kwon thought he could rule the crypto world with Terra Luna, instead what followed was the largest failure to occur in the crypto space. Correction at 1:58 I showed the screenshot of the wrong project, it's supposed to be 'Basis Cash', not 'Basis Markets'. Sorry about that.

Terra Luna | How This Man Just Caused a $45 Billion Crash

ColdFusion 8 months ago
OiEJhVcx0H0 the-rise-and-fall-of-netflix-investors-are-suing The Rise and Fall of Netflix | Investors Are Suing Netflix has been the king of streaming for a decade, but recently the competition has caught up. Will Netflix survive? It may be too early to tell definitively but it's not looking good.

ColdFusion 8 months ago
AaKSrmz3iX0 why-cnns-streaming-service-was-a-catastrophic-failure Why CNN’s Streaming Service was a Catastrophic Failure How did a $300 million streaming service by one of the biggest media companies collapse in just 3 weeks? In this episode we discuss the failure of CNN+

Why CNN’s Streaming Service was a Catastrophic Failure

ColdFusion 9 months ago
U1cF9QCu1rQ dall-e-2-how-this-ai-draws-anything-you-describe Dall-E 2 | How this A.I. Draws Anything you Describe Art takes a unique combination of skill, creativity the very human element of aesthetic taste. But what if the visual arts also fall to AI. In this episode we discuss Dall-E 2, a powerful text to image generator that's set to shake things up.

ColdFusion 9 months ago
QGLGq8WIMzM the-rise-of-ai-companions The Rise of A.I. Companions What if AI companion systems become so believable, humans begin to treat them as a shoulder to lean on? This has already began to happen and in this episode, we take a deep dive to investigate.

ColdFusion 9 months ago
9Ym2GC3aX8Y how-telegram-became-the-anti-facebook How Telegram Became the Anti-Facebook Telegram may not be the best app in terms of ultra privacy, but it's the best in terms of its great, unique features, ux/ui and speed. Programmers have made an amazing job with this app.

How Telegram Became the Anti-Facebook

ColdFusion 10 months ago
7WjuMTEKuQw surface-duo-2-a-different-kind-of-foldable Surface Duo 2 | A Different Kind of Foldable This week, instead of replacing a PC with a smartphone, we’re talking about bringing a PC feature to the smartphone: the idea of a second screen. The subject of today’s episode of Into The Fold is the Surface Duo 2 from Microsoft, and yes, you’ve seen it before on this channel – but it’s not the phone you remember. 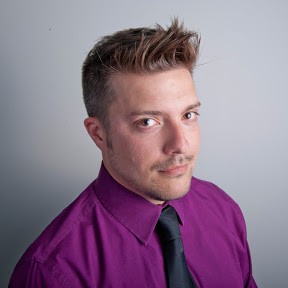 Michael Fisher 10 months ago
D2vLH0tJVHo russian-sanctions-and-global-economic-risk Russian Sanctions and Global Economic Risk The sanctions on Russia’s financial system were used to deter Putin from further escalation in the war, but what are the risks?

ColdFusion 10 months ago
jUfCr3hz9FE microsoft-just-killed-zucks-metaverse Microsoft Just Killed Zuck's Metaverse Basically it's a race for who can make hell better and faster. Metaverse represents a disconnection from reality. Perception is manipulated beyond belief.

John Coogan 11 months ago
TFY_uqif3jY new-battery-doubles-tesla-model-s-range New Battery Doubles Tesla Model-S Range There have been so many outlandish claims about new groundbreaking battery technologies but they tend to fizzle out for a reason or another, be it cost or whatever else.

ColdFusion 1 year ago
gry36cT3TdI unreal-engine-5-next-gen-graphics-finally-arrive Unreal Engine 5 | Next-Gen Graphics Finally Arrive This is the moment I've been waiting for in computing graphics.