Situated next to Cusco in the Inca heartland of Peru, Sacsayhuaman is one of the most incredible ancient structures in the world.

It’s truly mind-boggling how such enormous blocks of stones can be so randomly shaped yet so perfectly put together. The origins of the megalithic blocks of Sacsayhuaman, Peru, have long been a source of debate because it really feels like a genuine mystery.

These are large blocks of limestone, sometimes huge, most of which seem to pillow or bulge out instead of having straight, sharp cut faces. Some blocks seem to curve around corners, others have scoop marks on the surface and a number have the famous nubs. There are many other seemingly bizarre and unnatural features. Each block is irregular and each is unique yet the joints between these limestone blocks are perfect. So how is this even possible?

I’ve speculated in the past that maybe some kind of stone softening agent was applied, possibly some kind of acid. At the end of the day, we can stare at pictures and speculate forever; what we have to do is look at the science. I’ve always said that samples need to be taken and the geology needs to be analysed and that will tell us everything we need to know about Sacsayhuaman.

Well, little did I know that such investigative work was done back in 2012 and in this study and take a detailed look at the geology of the blocks of Sacsayhuaman and so, once and for all, we should be able to answer the question - are they artificial geopolymer or natural rocks?

This video is the geological truth of Sacsayhuaman.

Ancient Architects 5 months ago
VGt2LAqkvLQ the-oldest-civilisation-in-peru-the-pyramid-city-of-caral The Oldest Civilisation in Peru | The Pyramid City of Caral Not everybody knows that there is a magnificent lost pyramid city in the heart of Peru, a city that dates back to the same time at the Giza pyramids of Egypt. Yes, the magnificent ancient city of Caral dates back to 2,627 BC and is known as the Mother City of South America by some archaeologists.

Ancient Architects 8 months ago
vn0uJNMK2Ac who-build-the-megalithic-stone-walls-of-peru Who build the Megalithic Stone Walls of Peru? The incredible stonewalls of ancient Peru are some of the most enigmatic structures built by man. How they were accomplished is a hotly debated subject and nobody really has the definitive answer.

Ancient Architects 1 year ago
WMVSoe8ynt0 pre-inca-mountaintop-settlement-discovered-in-peru Pre-Inca Mountaintop Settlement Discovered in Peru Researchers in Peru discovered a previously unknown ancient settlement that pre-dates the famous enigmatic site of Machu Picchu. And like with many new discoveries in the world of archaeology, this new find has come about thanks to the advances in technol

Ancient Architects 3 years ago
8XpymxNvyIg 5000-year-old-ancient-pyramid-discovered-in-peru 5,000-Year-Old Ancient Pyramid Discovered in Peru Pyramids in central and South America are not considered to be truly ancient structures when compared to their counterparts in Egypt, but archaeologists in Peru have re-written history on their new discovery.

Ancient Architects 3 years ago
237uBRuNT24 3000-year-old-megalithic-water-temple-discovered-in-peru 3,000-Year-Old Megalithic 'Water Temple' Discovered in Peru Peruvian Archaeologists have discovered what they are calling an ancient temple used in rituals of water worship.

Ancient Architects 3 years ago
dm_7AEycc8k 143-new-nazca-lines-discovered-in-peru-with-the-help-of-ai 143 New Nazca Lines Discovered in Peru with the help of A.I. A team of Japanese researchers from Yamagata University and IBM Research have discovered an incredible 143 stunning geoglyphs, etched into the desert in southern Peru around the enigmatic Nazca Lines.

143 New Nazca Lines Discovered in Peru with the help of A.I.

Ancient Architects 3 years ago
tjzIznrg-Ho largest-ancient-ruin-on-earth-found-hidden-in-peru Largest Ancient Ruin on Earth found hidden In Peru? Our ancestor's way back, had far more knowledge and intelligence than what we originally thought. The creativity, design and technical processes for building these structures are amazing.

Mystery History 3 years ago
3Y-9zIpo-EQ elite-inca-tomb-discovered-in-peru Elite Inca Tomb Discovered in Peru This week, Andina News Agency announced the discovery of a tomb that contained a member of the Inca elite, in Cerro Blanco Mountain in the Lambayeque region of the northern desert of Peru.

Ancient Architects 3 years ago
UUKZeAgd8dw ancient-pre-inca-peruvian-death-mask-from-12000-bc Ancient Pre-Inca Peruvian Death Mask from 12,000 BC? Archaeologists have discovered a rare death mask on a beach in Florida and the media are reporting it could date back thousands of years. Experts say the find is a sign that there may be more ancient finds nearby.

Ancient Architects 3 years ago
x81-5SWVtUQ geological-mysteries-of-earth Geological Mysteries of Earth To solve geology mysteries about the history and age of the earth, we have to go beyond the typical quarrel in geology between main stream geologyand religion/ bible based geology. 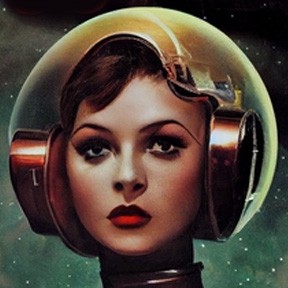