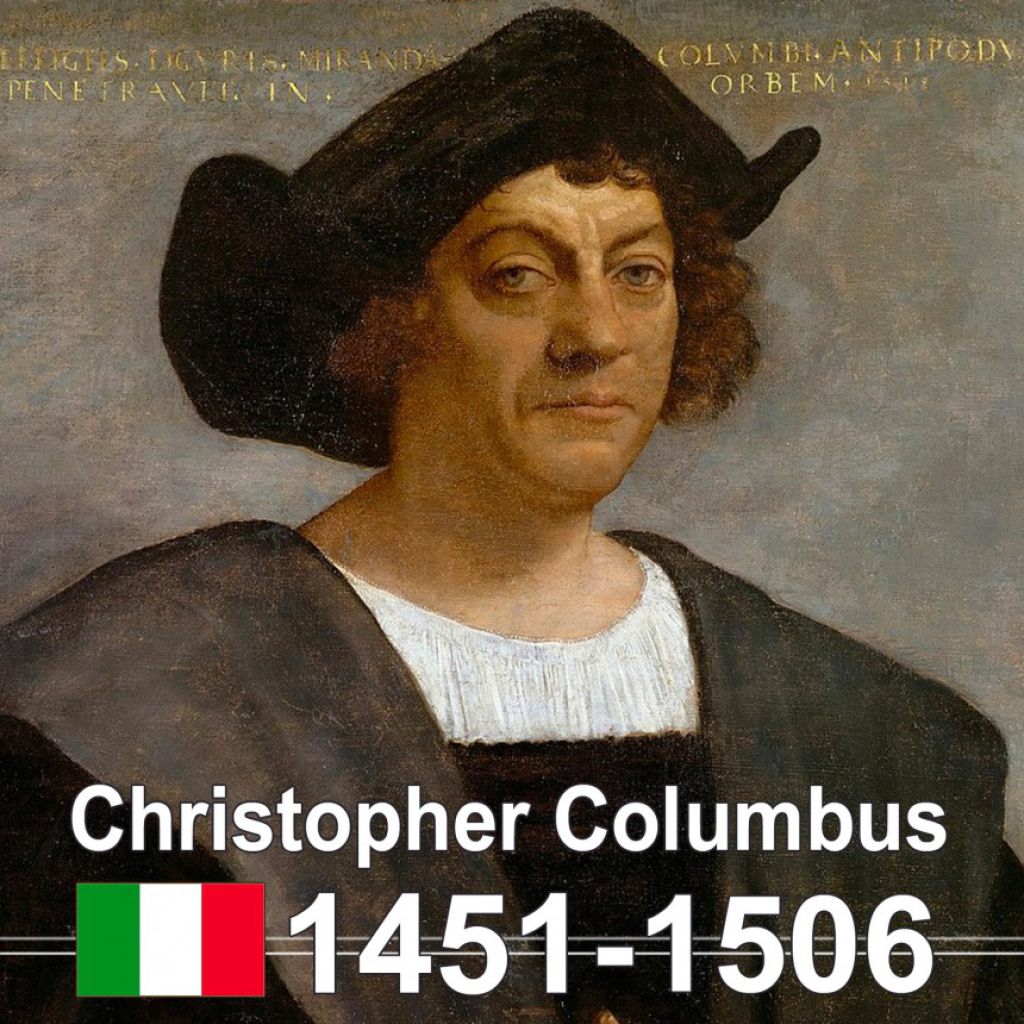 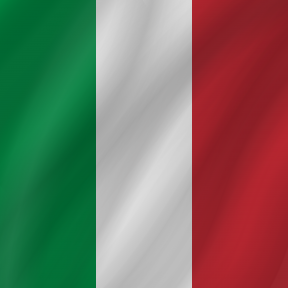 Christopher Columbus (1451-1506) was an Italian explorer, navigator, and colonist who completed four voyages across the Atlantic Ocean under the auspices of the Catholic Monarchs of Spain. He led the first European expeditions to the Caribbean, Central Am

Columbus discovered a viable sailing route to the Americas, a continent that was then unknown to the Old World. While what he thought he had discovered was a route to the Far East, he is credited with the opening of the Americas for conquest and settlement by Europeans.

Columbus's early life is somewhat obscure, but scholars generally agree that he was born in the Republic of Genoa and spoke a dialect of Ligurian as his first language. He went to sea at a young age and travelled widely, as far north as the British Isles (and possibly Iceland) and as far south as what is now Ghana.

He married Portuguese noblewoman Filipa Moniz Perestrelo and was based in Lisbon for several years, but later took a Spanish mistress. He had one son with each woman. Though largely self-educated, Columbus was widely read in geography, astronomy, and history. He formulated a plan to seek a western sea passage to the East Indies, hoping to profit from the lucrative spice trade.

After years of lobbying, the Catholic Monarchs of Spain agreed to sponsor a journey west, in the name of the Crown of Castile. Columbus left Spain in August 1492 with three ships, and after a stopover in the Canary Islands made landfall in the Americas on 12 October (now celebrated as Columbus Day).

His landing place was an island in the Bahamas, known by its native inhabitants as Guanahani; its exact location is uncertain. Columbus subsequently visited Cuba and Hispaniola, establishing a colony in what is now Haiti - the first European settlement in the Americas since the Norse colonies almost 500 years earlier. He arrived back in Spain in early 1493, bringing a number of captive natives with him. Word of his discoveries soon spread throughout Europe.

Columbus's expeditions inaugurated a period of exploration, conquest, and colonization that lasted for centuries, helping create the modern Western world. The transfers between the Old World and New World that followed his first voyage are known as the Columbian exchange, and the period of human habitation in the Americas prior to his arrival is known as the Pre-Columbian era. Columbus's legacy continues to be debated.

He was widely venerated in the centuries after his death, but public perceptions have changed as recent scholars have given attention to negative aspects of his life, such as his role in the extinction of the Taíno people, his promotion of slavery, and allegations of tyranny towards Spanish colonists. Many landmarks and institutions in the Western Hemisphere bear his name, including the country of Colombia.

italy
There are no comments yet.

0
Facebook
Twitter
WhatsApp
pe9_FAANig8 biography-christopher-columbus-bad-explorer-great-conman Biography | Christopher Columbus: Great Conman Christopher Columbus[a] (before 31 October 1451 - 20 May 1506) was an Italian explorer, navigator, and colonist who completed four voyages across the Atlantic Ocean under the auspices of the Catholic Monarchs of Spain. He led the first European expedition 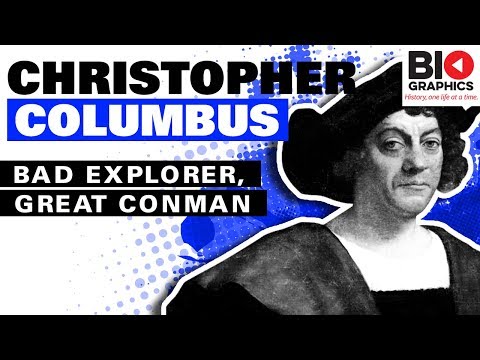