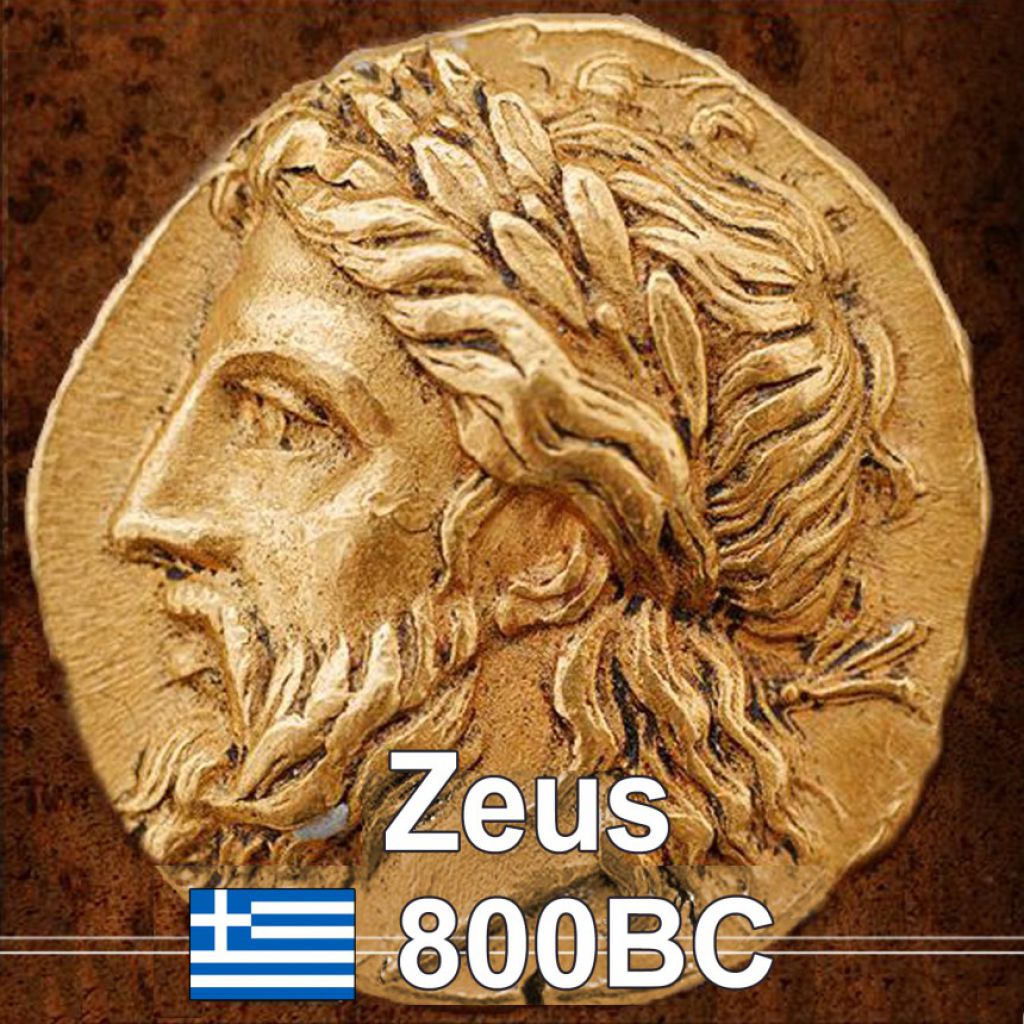 Zeus is the sky and thunder god in ancient Greek religion, who rules as king of the gods of Mount Olympus. His name is cognate with the first element of his Roman equivalent Jupiter. His mythologies and powers are similar, though not identical, to those of Indo-European deities such as Indra, Jupiter, Perkūnas, Perun, Thor, Odin and Dyaus.

Zeus is the child of Cronus and Rhea, the youngest of his siblings to be born, though sometimes reckoned the eldest as the others required disgorging from Cronus's stomach. In most traditions, he is married to Hera, by whom he is usually said to have fathered Ares, Hebe, and Hephaestus. At the oracle of Dodona, his consort was said to be Dione, by whom the Iliad states that he fathered Aphrodite. Zeus was also infamous for his erotic escapades. These resulted in many godly and heroic offspring, including Athena, Apollo, Artemis, Hermes, Persephone, Dionysus, Perseus, Heracles, Helen of Troy, Minos, and the Muses.

He was respected as an allfather who was chief of the gods and assigned the others to their roles: "Even the gods who are not his natural children address him as Father, and all the gods rise in his presence." He was equated with many foreign weather gods, permitting Pausanias to observe "That Zeus is king in heaven is a saying common to all men". Zeus' symbols are the thunderbolt, eagle, bull, and oak. In addition to his Indo-European inheritance, the classical "cloud-gatherer" (Greek: Νεφεληγερέτα, Nephelēgereta) also derives certain iconographic traits from the cultures of the ancient Near East, such as the scepter. Zeus is frequently depicted by Greek artists in one of two poses: standing, striding forward with a thunderbolt leveled in his raised right hand, or seated in majesty.

Greece
0
Facebook
Twitter
WhatsApp
OVLq9quGvTo who-lived-on-top-of-the-temple-of-olympian-zeus-pillars Who Lived on Top of the Temple of Olympian Zeus Pillars? When I first saw this photo I thought that it had to be a fake. What we are looking at are the columns of the ruined Temple of Olympian Zeus, the ruler of the gods in Greek mythology, in Athens, Greece.