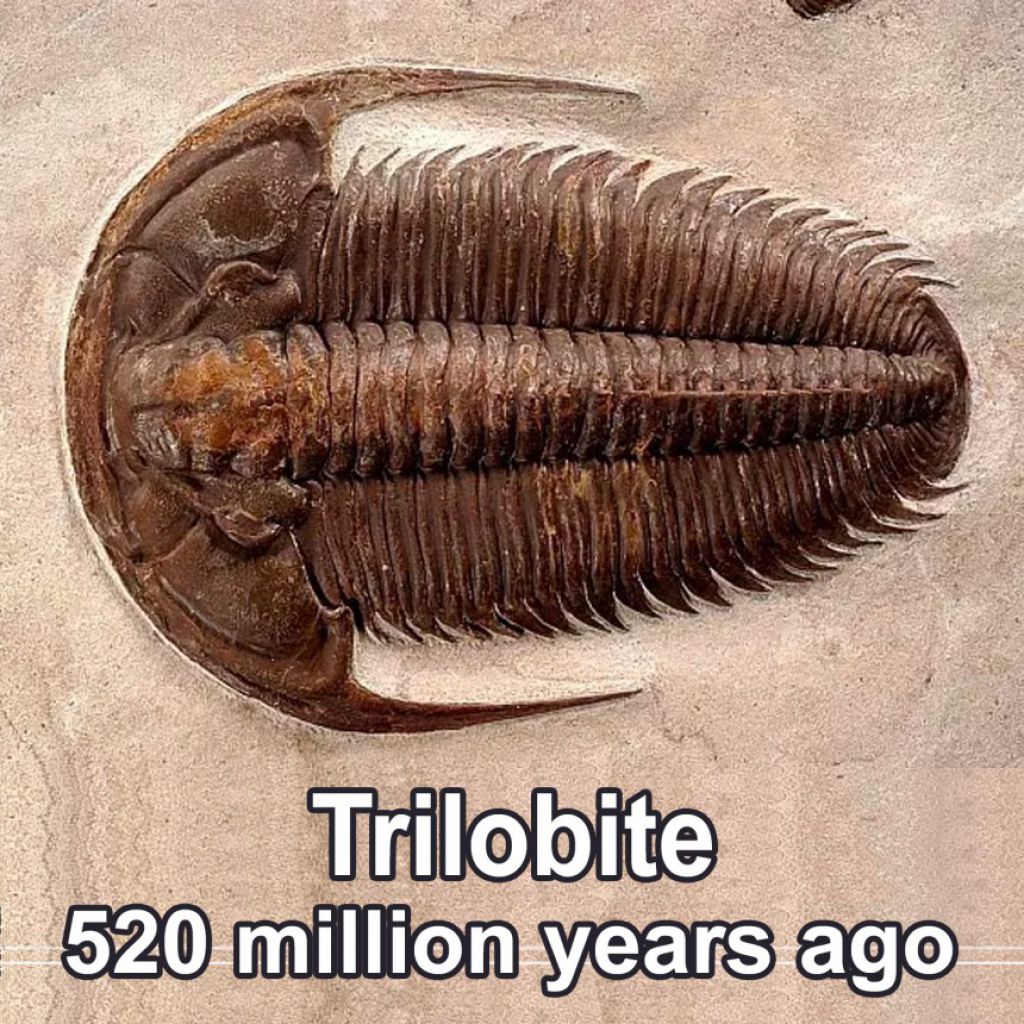 Trilobites form one of the earliest-known groups of arthropods. The first appearance of trilobites in the fossil record defines the base of the Atdabanian stage of the Early Cambrian period (521 million years ago), and they flourished throughout the lower Paleozoic era before beginning a drawn-out decline to extinction when, during the Devonian, all trilobite orders except the Proetids died out. Trilobites disappeared in the mass extinction at the end of the Permian about 252 million years ago. The trilobites were among the most successful of all early animals, roaming the oceans for over 270 million years.

By the time trilobites first appeared in the fossil record, they were already highly diversified and geographically dispersed. Because trilobites had wide diversity and an easily fossilized exoskeleton, they left an extensive fossil record, with some 17,000 known species spanning Paleozoic time. The study of these fossils has facilitated important contributions to biostratigraphy, paleontology, evolutionary biology, and plate tectonics. Trilobites are often placed within the arthropod subphylum Schizoramia within the superclass Arachnomorpha (equivalent to the Arachnata), although several alternative taxonomies are found in the literature.

Trilobites had many lifestyles; some moved over the sea bed as predators, scavengers, or filter feeders, and some swam, feeding on plankton. Most lifestyles expected of modern marine arthropods are seen in trilobites, with the possible exception of parasitism (where scientific debate continues). Some trilobites (particularly the family Olenidae (sv)) are even thought to have evolved a symbiotic relationship with sulfur-eating bacteria from which they derived food.

Trilobites were capable of enroling in different ways based on the flexible articulation of thoracic segments and associated interlocking devices; the type of enrolment (spiral or sphaeroidal) is thought to have largely depended on the coaptative devices that each trilobite used to enclose the body. Based on X-ray microtomography scans of complete enrolled specimens from the Cambrian, we created three-dimensional (3D) computer models to assess the kinematics needed to achieve both enrolment types. We demonstrate that closely related trilobites with little morphological variation (Bailiaspis?, Conocoryphe and Parabailiella) developed different enrolment types as a result of small variations in the number of thoracic segments and the angle between adjacent segments. Moreover, our models indicate that sphaeroidal enrolment, which is associated with a smaller number of thoracic segments, enabled faster encapsulation. This supports the hypothesis that there was a trend in the evolution of trilobites towards reduction in the number of thoracic segments in phylogenetically derived taxa in order to enhance the efficiency of enrolment.

The Trouble With Trilobites

Eons 2022 years ago
95RzyaNgiPM triumph-of-the-trilobites Triumph of the Trilobites Trilobites are one of the most successful animal groups to have ever existed on our planet, surviving for nearly 270 million years and dying out before the dinosaurs had even evolved.

Triumph of the Trilobites