Chrome 107 is rolling out now! There are new properties in the Screen Capture API that improve the screen sharing experiences. You can now precisely identify whether a resource on your page is render blocking or not. There is a new way to send data to a backend server with the declarative PendingBeacon API in origin trial. And there’s plenty more.

Google Chrome is probably the most ubiquitous browser out there, used by the majority of those of us who are online.

New versions come out every four weeks, and as such, we’re already looking at the next incremental update in the form of Chrome 107, only a short while after Google introduced Chrome 106.

Here is everything new in the latest version.

Chrome 107: Presentations in video conferences are getting better on desktop

A lot of our meetings these days happen via video conferencing platforms, and so Google is looking to make them as convenient and simple as possible by providing developers with the proper tools.

For one, video conferencing tools can now offer a single button to select a tab that you want to share with your team and switch right to it, without requiring an extra click from you.

Video calling platforms can now also simplify the list of possible screens and tabs you could want to share by allowing often used tabs or windows to be surfaced higher up in the list.

The browser also introduces a warning that video calling tools can use to give a heads up when you accidentally share the tab you’re videoconferencing in, creating the infamous hall of mirrors effect.

Even though Google is pushing its own AV1 video codec hard, the company still seems interested in supporting other standards.

The High Efficiency Video Coding (HEVC) format, often referred to as H.265, is one of these, and it has become one of the best options out there. Google Chrome 107 adds support for hardware decoding for HEVC, which should lead to better performance.

The feature is available on all platforms that offer hardware decoding, like Android 5 and higher, macOS 11 and higher, and select devices on ChromeOS and Windows.

Google is on a mission to get rid of passwords as we know it. It would rather have us rely on trusted devices or gadgets, much like we have keys for our houses.

Changes like these take a lot of time, though, and they can be frustrating when you need to actively switch between either login type depending on which you prefer for which website.

Chrome 107 aims to fix this issue by allowing you to log in with either method on one single interface, with a prompt to log in with your passkey showing up first.

Chrome 107: Import your passwords on desktop

In a similar vein, the new version of Chrome finally lets you import your passwords from another password manager or browser.

To do so, you need to export a CSV file from your old password storage solution and then upload that in the passwords section of Chrome's settings, accessible under the chrome://settings/passwords link.

This is a feature Google has been working on for a while, and it's finally going stable for a few users on the new version.

If you don't have this option yet, make sure to activate the chrome://flags/#password-import flag.

Chrome 106 was the last version to support Android 6 Marshmallow, first released back in 2015.

Multiple sources indicate that Marshmallow has a market share of less than 5% at this point in time, which is likely what made this change possible.

Chrome 107's minimum version is now Android 7 Nougat, which has an equally small part of the pie.

With Chrome 107, a few users get to enjoy the new Android Media Picker first introduced with Android 12L and since rolled out to older versions of Android.

The interface is laser-focused on media and doesn't include a section for documents.

It's also a more private option, as apps don't get access to files you may not want to share with them.

Google Chrome 2 years ago
B4_vT99pBaM new-in-chrome-109-opfs-on-android-new-css-properties New in Chrome 109 | OPFS on Android, new css properties Chrome 109 is rolling out now! The Origin Private File System API is now available for Android, there is a set of new properties in CSS, you can easily add math notations in your HTML with the support for MathML core, and there’s plenty more.

Google Chrome 3 weeks ago
E72r3FN9X1k new-in-chrome-108-new-viewport-size-units-and-colrv1-support New in Chrome 108 | New viewport size units and COLRv1 Chrome 108 is rolling out now! It is easier to create adaptive UIs with new viewport size units.Color vector fonts now include support for variable fonts. The methods in the interface FileSystemSyncAccessHandle, part of the file system Access API, are now synchronous. And there’s plenty more.

Google Chrome 4 months ago
qwdN1fJA_d8 new-in-chrome-105-container-queries-and-more New in Chrome 105 | Container Queries and More! Chrome 105 is rolling out now! Container queries and :has() are a match made in responsive heaven. The new Sanitizer API provides a robust processor for arbitrary strings to help reduce cross site scripting vulnerabilities. We’re taking another step towards deprecating WebSQL. And there's plenty more.

Google Chrome 6 months ago
e8LUoJClVo4 new-in-chrome-103-http-103-early-hints-local-font-access New in Chrome 103 | HTTP 103 Early Hints | Local Font Access Chrome 103 is rolling out now! There’s a new HTTP status code that helps the browser decide what content to preload before the page has even started to arrive. The Local Font Access API gives web applications the ability to enumerate and use fonts installed on the user’s computer. There’s an easier way to implement timeouts on asynchronous APIs. And there’s plenty more!

Google Chrome 7 months ago
AGyP85QEBzY new-in-chrome-102-pwas-as-file-handlers-navigation-api New in Chrome 102 | PWAs as File Handlers | Navigation API Installed PWAs can register as file handlers, making it easy for users to open files directly from disk. The inert attribute allows you to mark parts of the DOM as inert. The navigation API makes it easier for single page apps to handle navigation and updates to the URL. And there’s plenty more!

Google Chrome 7 months ago
cgKUMRPAliw the-history-api-is-dead-long-live-the-navigation-api The history API is dead. Long live the navigation API In this episode, Cassie (from Greensock) and Jake (not from Greensock) sit down to chat about the new Navigation API, which replaced the old and busted History API.

The history API is dead. Long live the navigation API

Google Chrome 7 months ago
JCJUPJ_zDQ4 chrome-bringing-page-transitions-to-the-web Chrome | Bringing Page Transitions to the Web Native apps often feature transitions between states that both look great and help communicate the type of navigation to the user. The bad news: creating transitions between pages on the web is impossible. In-page transitions are possible, but complex. The good news: new APIs are coming to simplify this process, building on top of CSS animations and the web animation API, and it works across navigations!

Thinking on ways to solve Dialog

Google Chrome 9 months ago
VK7oR5vLluk new-in-chrome-100-multi-screen-window-placement-api-and-more New in Chrome 100 | Multi-screen window placement API, and more! Chrome 100 is rolling out now with a three digit version number. There are some important changes to the user agent string. The Multi-Screen Window Placement API makes it possible to enumerate the displays connected to a user’s machine, and place windows on specific screens.

Google Chrome 10 months ago
h3mzFraS8CA new-in-chrome-99-css-cascade-layers-show-picker-and-more New in Chrome 99 | CSS Cascade Layers, Show Picker, and more! Chrome 99 is rolling out now! CSS cascade layers gives you more control over your CSS, and helps to prevent style-specificity conflicts. The showPicker method allows you to programmatically show a browser picker for input elements like date, color, and datalist. Version 100 of Chrome *and* Firefox is just weeks away. And there’s plenty more!

Google Chrome 11 months ago
VLjOIiOt7Do new-in-chrome-98-per-element-opt-out-for-auto-dark New in Chrome 98 | Per-element opt-out for auto-dark Chrome 98 is rolling out now! If you’ve signed up for the Auto Dark Theme Origin Trial, there’s a new way to opt out at a per element level. There’s now support for COLRv1, an evolution of the COLRv0 font format. And there’s plenty more.

Google Chrome 1 year ago
eXaog4gUIXI new-in-chrome-97-web-transport-script-type-detection New in Chrome 97 | Web Transport, Script type Detection Chrome 97 is rolling out now! There’s a new option for sending real time messages between the client and server using Web Transport. You can use feature detection to see what types of scripts a browser supports. JavaScript gets better, and there’s plenty more

Google Chrome 1 year ago
rMUayh1QPYs record-and-replay-user-flow-with-the-recorder-panel Record and Replay User Flow with the Recorder Panel Learn how to record, replay and audit user flows with the Recorder panel in DevTools.

Record and Replay User Flow with the Recorder Panel

Google Chrome 1 year ago
PPukHsOH_BI new-in-chrome-96-improvements-for-installed-pwa-s New in Chrome 96 | Improvements for installed PWA's Chrome 96 is rolling out now! There are two new properties in the web app manifest. The id property allows you to specify a unique ID for your PWA, and the protocol_handlers property allows you to automatically register your PWA as a protocol handler upon installation. There’s a new origin trial that allows you to specify priority hints for downloading resources. And there's plenty more!

Google Chrome 1 year ago
Qq4rRt8BNjM new-in-chrome-95-routing-urlpattern-eye-dropper-api New in Chrome 95 | Routing, URLPattern, Eye Dropper API Chrome 95 is rolling out now! Routing gets easier with URLPattern baked into the browser, the Eye Dropper API provides a built in tool for selecting colors, there’s a new origin trial that allows you to opt into receiving the reduced UA string now, and there’s plenty more.

Google Chrome 1 year ago
vy6FXa0n1r0 new-in-chrome-91-file-system-access-api-google-io New in Chrome 91 | File System Access API | Google IO Chrome 91 is rolling out now. Web apps that interact with files, can now suggest file names and directories when using the file system access API and you can now read files from the clipboard.

Google Chrome 1 year ago
tGgIC_MXiJs google-chrome-90-best-new-features Google Chrome 90 | Best New Features If you use Chrome you'll want to stay up to date on the latest new features... 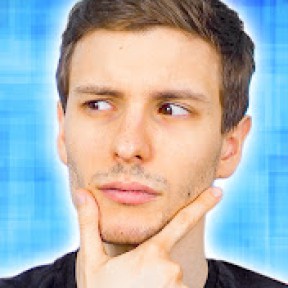 ThioJoe 1 year ago
h3MONldIoNM new-in-chrome-90-overflow-clip-permissions-policy-and-more New in Chrome 90 | Overflow Clip, Permissions Policy & more! Chrome 90 is rolling out now! There’s a new value for the CSS overflow property. The Feature Policy API has been renamed to Permission Policy. And there’s a new way to implement and use Shadow DOM directly in HTML. Plus there’s plenty more.

Google Chrome 1 year ago
VtaRYSBIbU4 chrome-89-whats-new-in-devtools Chrome 89 | What’s New in DevTools You’re not seeing double! We published this episode in English and in Jecelyn’s mother language Cantonese as part of our Mother Language Day series.

Google Chrome 1 year ago
cqAO2xR7lzM new-in-chrome-88-manifest-v3-aspect-ratio-digital-goods-api-and-more New in Chrome 88 | Manifest v3, aspect-ratio, digital goods API Chrome 88 is rolling out now! You can now upload extensions using manifest v 3 to the Chrome Web Store. The aspect-ratio CSS property makes it easy to set the aspect ratio on any element. You can now use Play Billing in your Trusted Web Activity, and there’s plenty more.

Google Chrome 2 years ago
uIgOKgZTxsg google-chrome-86-best-new-features Google Chrome 86 | Best New Features If you use Chrome you'll want to stay up to date on the latest new features...