The Merneptah Stele - also known as the Israel Stele or the Victory Stele of Merneptah - is an inscription by the ancient Egyptian king Merneptah (reign: 1213 to 1203 BC) discovered by Flinders Petrie in 1896 at Thebes, and now housed in the Egyptian Museum in Cairo.

The text is largely an account of Merneptah's victory over the Libyans and their allies, but the last 3 of the 28 lines deal with a separate campaign in Canaan, then part of Egypt's imperial possessions. The stele is sometimes referred to as the "Israel Stela" because a majority of scholars translate a set of hieroglyphs in line 27 as "Israel." Alternative translations have been advanced but are not widely accepted.

The stela represents the earliest textual reference to Israel and the only reference from ancient Egypt. It is one of four known inscriptions, from Iron Age, that date to the time of and mention ancient Israel, under this name, the others being the Mesha Stele, the Tel Dan Stele, and the Kurkh Monolith. As a result, some consider the stele to be Flinders Petrie's most famous discovery, an opinion with which Petrie himself concurred.

The stele was discovered in 1896 by Flinders Petrie in the ancient Egyptian capital of Thebes, and first translated by Wilhelm Spiegelberg. In his "Inscriptions" chapter of Petrie's 1897 publication "Six Temples at Thebes", Spiegelberg described the stele as "engraved on the rough back of the stele of Amenhotep III, which was removed from his temple, and placed back outward, against the wall, in the forecourt of the temple of Merneptah. Owing to the rough surface, and the poor cutting, the readings in many places require careful examination... The scene at the top retains its original colouring of yellow, red, and blue. Amen is shown giving a sword to the king, who is backed by Mut on one side and by Khonsu on the other".

Now in the collection of the Egyptian Museum at Cairo, the stele is a black granite slab, over 3 meters (10 feet) high, and the inscription says it was carved in the 5th year of Merneptah of the 19th dynasty. Most of the text glorifies Merneptah's victories over enemies from Libya and their Sea People allies, but the final two lines mention a campaign in Canaan, where Merneptah says he defeated and destroyed Ashkalon, Gezer, Yanoam and Israel.

Egypt was the dominant power in the region during the long reign of Merneptah's predecessor, Ramesses the Great, but Merneptah and one of his nearest successors, Ramesses III, faced major invasions. The problems began in Merneptah's 5th year (1208), when a Libyan king invaded Egypt from the west in alliance with various northern peoples. Merneptah achieved a great victory in the summer of that year, and the inscription is mainly about this. The final lines deal with an apparently separate campaign in the East, where it seems that some of the Canaanite cities had revolted. Traditionally the Egyptians had concerned themselves only with cities, so the problem presented by Israel must have been something new - possibly attacks on Egypt's vassals in Canaan. Merneptah and Ramesses III fought off their enemies, but it was the beginning of the end of Egypt's control over Canaan - the last evidence of an Egyptian presence in the area is the name of Ramesses VI (1141–33) inscribed on a statue base from Megiddo.

The bulk of the inscription deals with Merneptah's victory over the Libyans, but the last 3 of the 28 lines shift to Canaan:

"The princes are prostrate, saying, "Peace!"

Not one is raising his head among the Nine Bows.

Now that Tehenu (Libya) has come to ruin,

The Canaan has been plundered into every sort of woe:

Ashkelon has been overcome;

Gezer has been captured;

Israel is laid waste and his seed is not;

Hurru is become a widow because of Egypt."

The "nine bows" is a term the Egyptians used to refer to their enemies; the actual enemies varied according to time and circumstance. Hatti and Ḫurru are Syro-Palestine, Canaan and Israel are smaller units, and Ashkelon, Gezer and Yanoam are cities within the region; according to the stele, all these entities fell under the rule of the Egyptian empire at that time.

Petrie called upon Wilhelm Spiegelberg, a German philologist in his archaeological team, to translate the inscription. Spiegelberg was puzzled by one symbol towards the end, that of a people or tribe whom Merneptah (also written Merenptah) had victoriously smitten - I.si.ri.ar? Petrie quickly suggested that it read "Israel!" Spiegelberg agreed that this translation must be correct. "Won't the reverends be pleased?" remarked Petrie. At dinner that evening, Petrie who realized the importance of the find said: "This stele will be better known in the world than anything else I have found." The news of its discovery made headlines when it reached the English papers.

The Dream Stele of the Great Sphinx of Egypt

Ancient Architects 2 years ago
NMPcxoFPvkc de-brekers-01-een-stalling-om-te-stelen-1985 De Brekers | 01 - Een stalling om te stelen (1985) Peek de Breker buys an empty shack from his shady dealer friend Huipie to be used as a bicycle stall. This means he can't serve his wife and brother in law a decent diner at night. Meanwhile his older brother Fokke is looking for a place to stay as he can 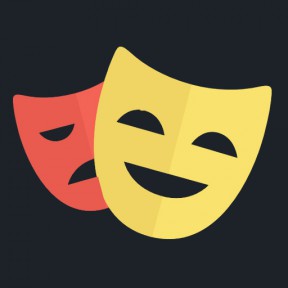