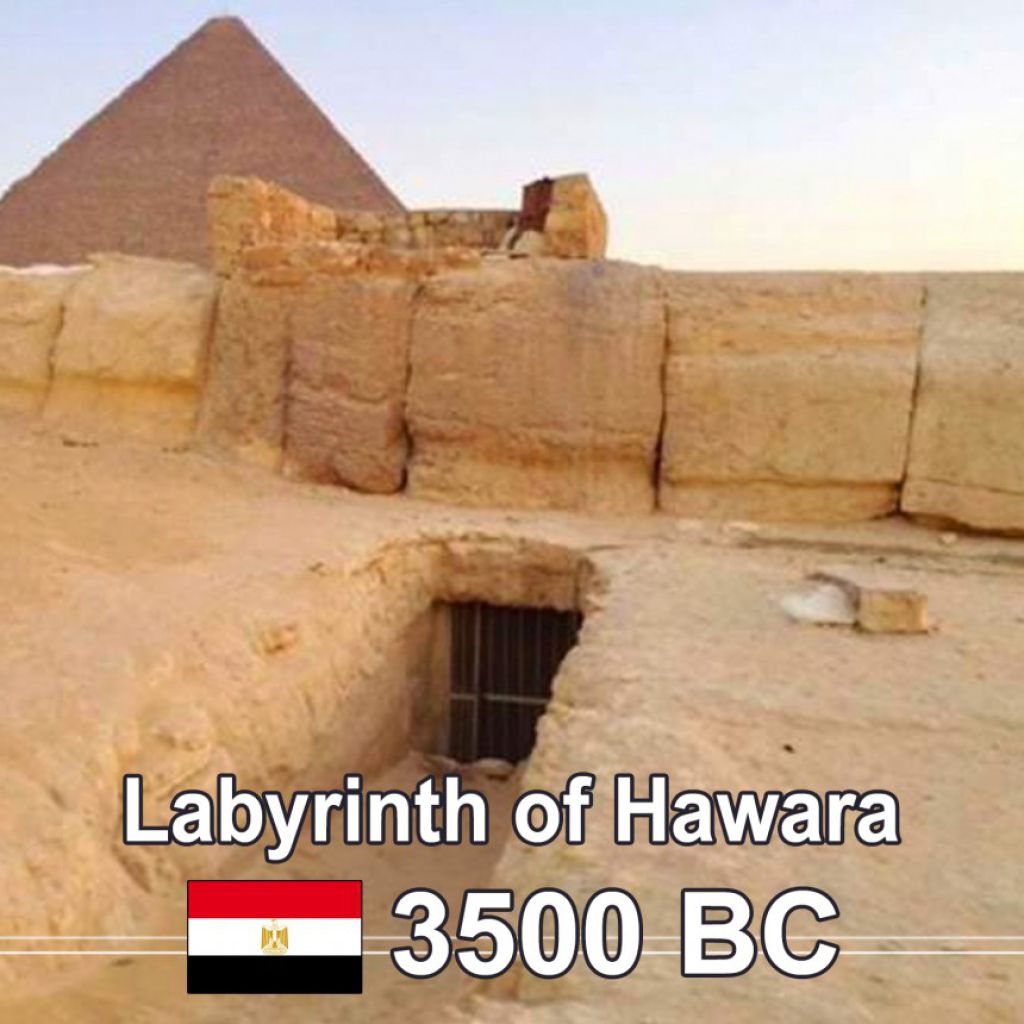 A vast network of underground chambers and water tunnels have been discovered beneath several of the world’s most well-known pyramids, including the Great Pyramid on Egypt’s Giza Plateau.

These are the words of ancient Greek historian Herodotus written in the 5 th century BC (‘Histories’, Book, II, 148), describing a colossal temple said to contain 3,000 rooms full of hieroglyphs and paintings. It was named ‘Labyrinth’ by the Greeks after the complex maze of corridors designed by Daedalus for King Minos of Crete, where the legendary Minotaur dwelt.

Herodotus was not the only historian to describe the labyrinth of ancient Egypt. The massive temple complex was described by many classic authors, including Manetho Aegyptiaca (3 rd century BC), Diodorus Siculus (1 st century BC), Strabo (64 BC-19 AD), Pliny (23-79 AD), and Pomponius Mela (c 43 AD), and at least two of whom claimed to have seen the labyrinth first-hand.

Herodotus was the first to describe the labyrinth of Egypt. In the second book of his ‘History’, the Greek writer gave the following account:

It has twelve courts covered in, with gates facing one another, six upon the North side and six upon the South, joining on one to another, and the same wall surrounds them all outside; and there are in it two kinds of chambers, the one kind below the ground and the other above upon these, three thousand in number, of each kind fifteen hundred.  The upper set of chambers we ourselves saw, but the chambers underground we only heard about. For the passages through the chambers, and the goings this way and that way through the courts, which were admirably adorned, afforded endless matter for marvel, as we went through from a court to the chambers beyond it, and from the chambers to colonnades, and from the colonnades to other rooms, and then from the chambers again to other courts. Over the whole of these is a roof made of stone like the walls; and the walls are covered with figures carved upon them, each court being surrounded with pillars of white stone fitted together most perfectly; and at the end of the labyrinth, by the corner of it, there is a pyramid of forty fathoms, upon which large figures are carved, and to this there is a way made under ground. Such is this labyrinth.

Based on the detailed descriptions provided by Herodotus, and other ancient historians, Athanasius Kircher, a 17th-century German Jesuit scholar and polymath, produced the first pictorial reconstructions. At the centre of the drawing is a maze, which is surrounded by twelve courts described by Herodotus.

This mysterious underground complex of caverns and chambers is believed to hold the secrets to mankind’s origin. It is also thought to hold sacred ancient text from the lost civilization of Atlantis. It was described by authors such as Strabo and even Herodotus who had the opportunity to visit and record the legendary labyrinth before it disappeared into history.

According to writing by Herodotus I, IV century BC, the labyrinth was “situated a little above the lake of Moiris and nearly opposite to that which is called the City of Crocodiles”. (Histories, Book, II, 148).

The labyrinth (as it has been called by some in the distant past) is said to be an extraordinary underground complex where the present civilisation could find details about unknown civilizations in history, great empires and rulers that lived on the planet before history as people know it today, began.

In 2008 a group of researchers from Belgium and Egypt arrived to investigate the enigmatic underground complex, with the aid of ground penetrating technology which was used to study the sand in hopes of finding and solving the mystery behind the mysterious underground complex. The Belgian-Egyptian expedition was able to confirm the presence of the underground temple not far from the Pyramid of Amenemhat III. Without a doubt, the expedition stumbled upon one of the most incredible discoveries in the history of Egypt, and they did not even need to excavate in order to confirm the finding.

This amazing discovery has been tucked away from society and no one has been able to understand why. The results of the expedition where published in 2008, shortly after the discovery, in the scientific journal of the NRIAG and the results of the research were exchanged in a public lecture at the University of Ghent, which media from Belgium attended.

But the finding was quickly suppressed since the Secretary-General of the Supreme Council of Antiquities (Egypt) put a hold to all further communications about the discovery due to Egyptian National Security sanctions.

Louis de Cordier, the lead researchers of the expedition waited patiently for two years for the Supreme Council to acknowledge the findings and make them public. But regrettably, it never happened. In 2010, de Cordier opened a website, Labyrinth of Egypt in order to make the discovery available to the entire world. 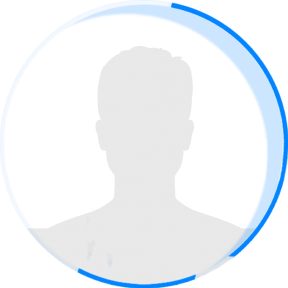 These chambers, as well, will confirm African antiquity.

Log in
0
Facebook
Twitter
WhatsApp
x4jnrhRc-0U inside-the-6000-year-old-labyrinth-the-hypogeum Inside the 6000 Year Old Labyrinth | The Hypogeum Located in Paola in Malta, the Hypogeum of Hal Saflieni is considered the oldest prehistoric underground temple in the world. It is a truly ancient structure dating back to 4000 BC. 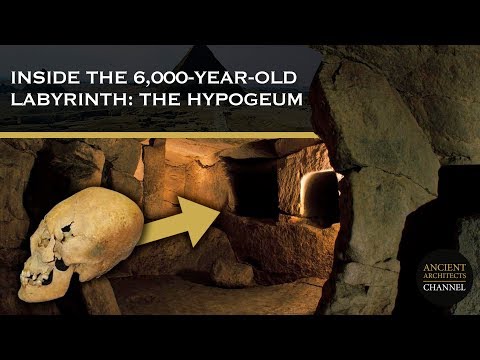 Inside the 6000 Year Old Labyrinth | The Hypogeum

Ancient Architects 2 jaar geleden
BAqPZ3NqVFk silencing-the-discovery-of-egypts-lost-labyrinth Silencing the Discovery of Egypt’s Lost Labyrinth 10 years ago, a research team went into Hawara, Egypt, in search of the fabled lost labyrinth, a colossal temple that featured prominently in the works of Herodotus and Strabo, said to contain more than 3,000 rooms underground full of hieroglyphs and paintings, but has since been lost under the sands of time. 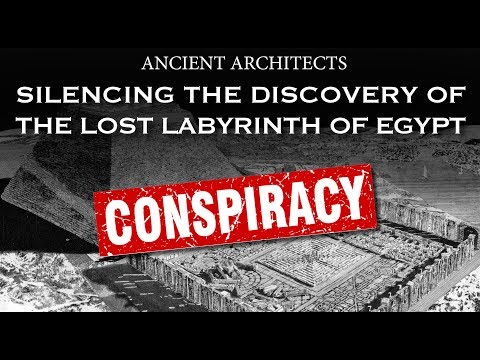 Ancient Architects 2 jaar geleden
BVR5V-cmpbA the-giza-labyrinth-how-the-pyramids-saved-humanity The Giza Labyrinth & How the Pyramids Saved Humanity It was denied for years by the #Egyptian authorities but beneath the Giza plateau, underneath the #GreatPyramid and the #Sphinx, is a huge labyrinth of ancient caves and tunnels, some of which are said to date back 15,000 years. 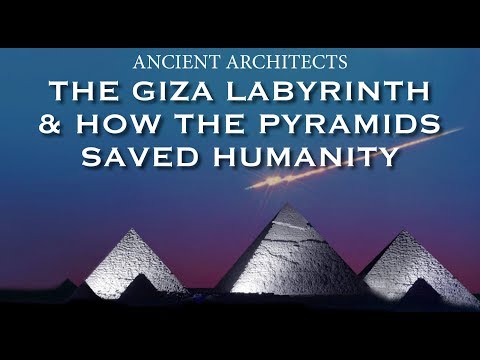 The Giza Labyrinth & How the Pyramids Saved Humanity