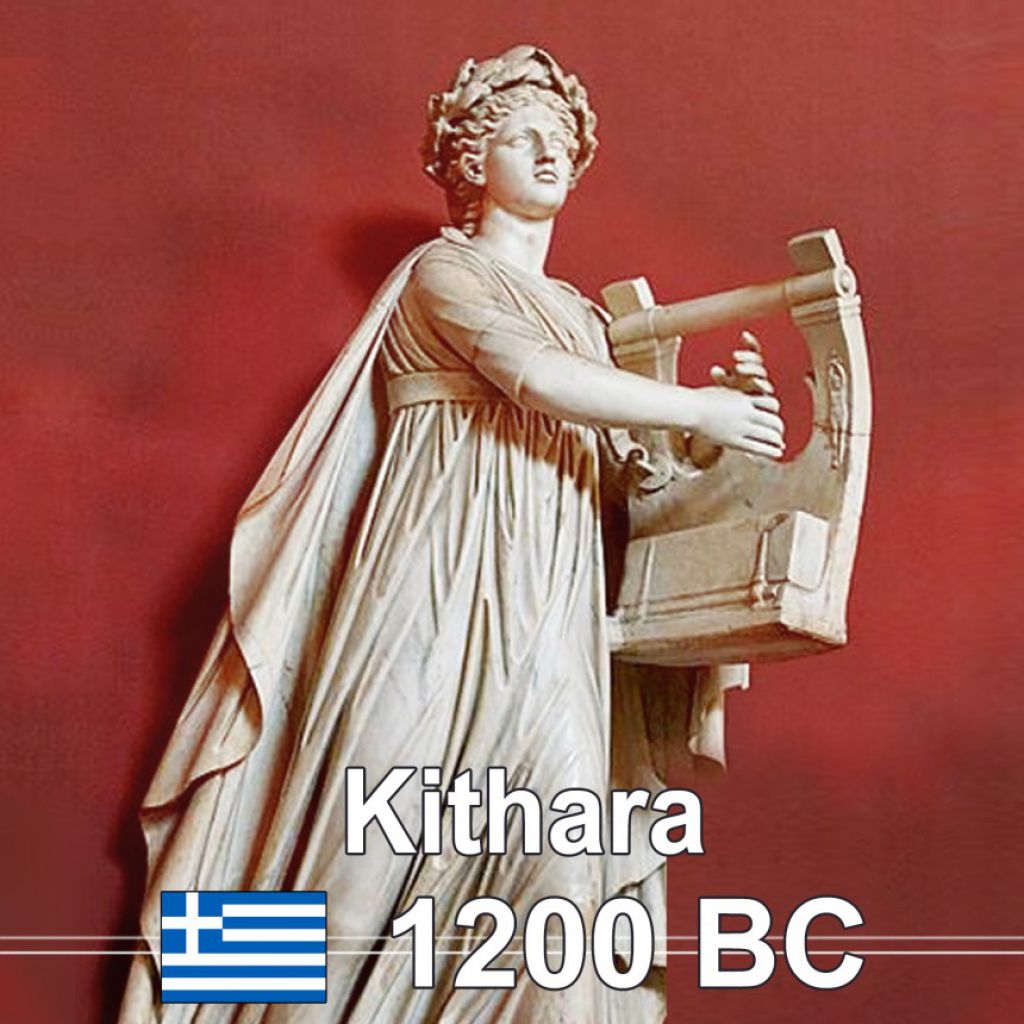 The kithara or cithara was an ancient Greek musical instrument in the lyre or lyra family. In modern Greek the word kithara has come to mean "guitar", a word which etymologically stems from kithara.

In the Middle Ages, cythara was also used generically for stringed instruments including lyres, but also including lute-like instruments. The use of the name throughout the Middle Ages looked back to the original Greek kithara, and its abilities to sway people's emotions.