Documentary following a generation of post-punk musicians who took the synthesiser from the experimental fringes to the centre of the pop stage and made a profound impact on present day music.

In the late 1970s, small pockets of electronic artists including the Human League, Daniel Miller and Cabaret Volatire were inspired by Kraftwerk and JG Ballard and dreamt of the sound of the future against the backdrop of bleak, high-rise Britain.

The crossover moment came in 1979 when Gary Numan's appearance on Top of the Pops with Tubeway Army's Are Friends Electric heralded the arrival of synthpop. Four lads from Basildon known as Depeche Mode would come to own the new sound whilst post-punk bands like Ultravox, Soft Cell, OMD and Yazoo took the synth out of the pages of the NME and onto the front page of Smash Hits.

By 1983, acts like Pet Shop Boys and New Order were showing that the future of electronic music would lie in dance music.

BBC
News
1
Facebook
Twitter
WhatsApp
MO-akvqes70 mr-blue-sky-the-story-of-jeff-lynne-and-elo Mr Blue Sky | The Story of Jeff Lynne and ELO Documentary which gets to the heart of who Jeff Lynne is and how he has had such a tremendous musical influence on our world.

Mr Blue Sky | The Story of Jeff Lynne and ELO 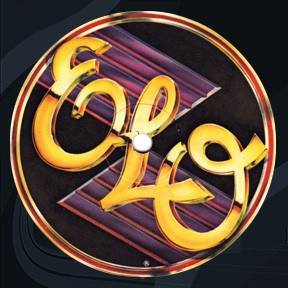 Electric Light Orchestra 3 years ago
Vdxp2bG4ZLk the-beatles-story-in-their-own-words-part-two The Beatles Story: In Their Own Words | Part Two The Beatles Story: In His Own Words. This new documentary tells the story of the most famous band of all time with testimonials from John Lennon, Paul McCartney, George Harrison, Ringo Starr, George Martin, Neil Aspinall and Brian Epstein. Part (2/2)

The Beatles Story: In Their Own Words | Part Two 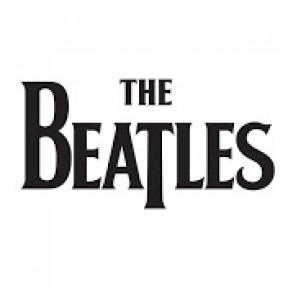 The Beatles Story: In Their Own Words | Part One 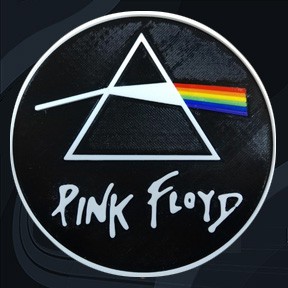 Pink Floyd 8 months ago
Si1718YxJC8 pink-floyd-the-story-of-another-brick-in-the-wall Pink Floyd | The Story of Another Brick in The Wall The story behind the song 'Another Brick In The Wall' by Pink Floyd. A documentary by Top 2000 a gogo.

Pink Floyd | The Story of Another Brick in The Wall

Pink Floyd 8 months ago
W-EJP0iBFTk led-zeppelin-the-story-behind-stairway-to-heaven Led Zeppelin | The Story Behind "Stairway to Heaven" Guitarist Jimmy Page tells the story of the musical build-up of 'Stairway To Heaven'.

Led Zeppelin | The Story Behind "Stairway to Heaven" 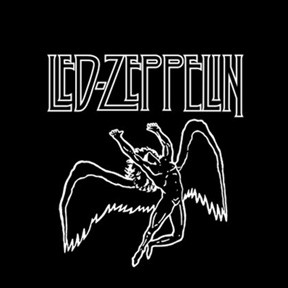 Let There Be Rock | The Origins of AC/DC 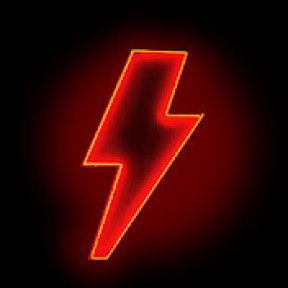 AC ϟ DC 1 year ago
GLEdmsxUd4A the-rolling-stones-rock-of-ages The Rolling Stones | Rock of Ages Rock of Ages: An unauthorised story on the Rolling Stones traces the personal ups and downs, professional twists and turns in the epic journey of the world’s most enduring rock band.

The Rolling Stones | Rock of Ages 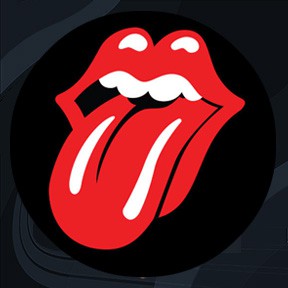 The Rolling Stones | How They Found Their Voice 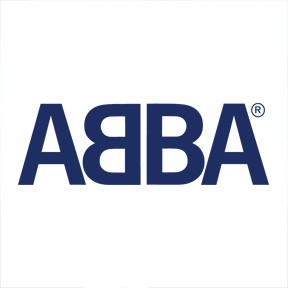 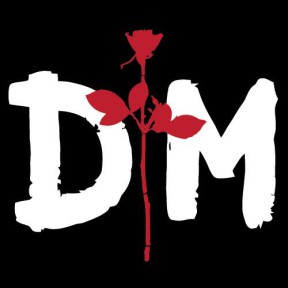 Depeche Mode 2 years ago
otObYcuHC0E a-brief-history-of-queen A Brief History of Queen A not-so-brief documentary about the band Queen. Produced and written by Matt Beat.

A Brief History of Queen 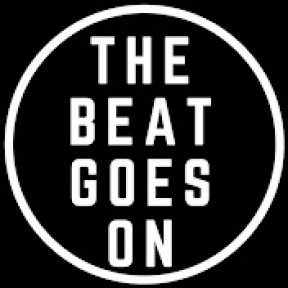 The Beat Goes On 2 years ago
UEmSjDuTxyc a-brief-history-of-the-beatles A Brief History of The Beatles Here is everything you need to know about The Beatles. It's a "brief" documentary about the biggest band of all time. Produced and written by Matt Beat.

A Brief History of The Beatles

The Beat Goes On 3 years ago
MO-akvqes70 mr-blue-sky-the-story-of-jeff-lynne-and-elo Mr Blue Sky | The Story of Jeff Lynne and ELO Documentary which gets to the heart of who Jeff Lynne is and how he has had such a tremendous musical influence on our world.

Mr Blue Sky | The Story of Jeff Lynne and ELO

Electric Light Orchestra 3 years ago
NlbUPXlOYSo the-first-songs-to-use-synth The First Songs to use Synth Most pop music today features ample synth, but when did the sound of the synthesizer first start featuring in pop and rock music? I take a look at some of pop music's synth pioneers, including The Beatles, The Beach Boys, Paul Beaver and Max Crook.

The First Songs to use Synth 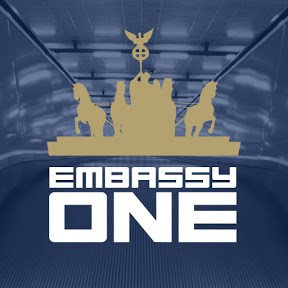 Embassy One 4 years ago
Xs6kNV0c6gE jean-michel-jarre-the-story-behind-oxygene-4 Jean-Michel Jarre | The Story Behind "Oxygène 4" The story behind the song Oxygène 4 by Jean Michel Jarre. A documentary by top 2000 a gogo.

Jean-Michel Jarre | The Story Behind "Oxygène 4"

Jean-Michel Jarre 4 years ago
bXf_4rrq0co david-bowie-documentary-sound-and-vision David Bowie | Documentary | Sound and Vision A documentary, which takes you on a journey of Bowie's revolutionary career, struggle with his personal life and his achievements and successes. 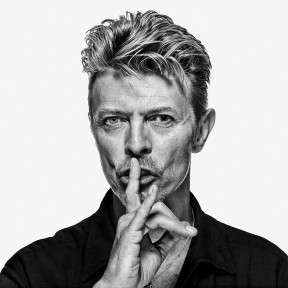 David Bowie 5 years ago
m4qYBqIieEk queen-inside-the-rhapsody Queen | Inside The Rhapsody This weekend marks the 40th Anniversary of ‘Bohemian Rhapsody’. With over 6.5 million copies sold worldwide to date, ‘Bohemian Rhapsody’ is one of the world’s most well known and well loved songs.

Queen | Inside The Rhapsody 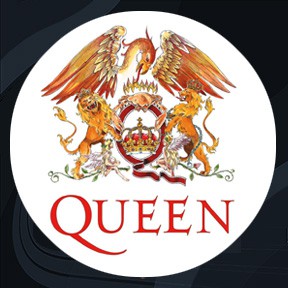 Fleetwood Mac 9 years ago
PPwlGhBXh7A the-history-of-abba-2013 The History of ABBA (2013) ABBA is a Swedish pop supergroup formed in Stockholm in 1972 by Agnetha Fältskog, Björn Ulvaeus, Benny Andersson, and Anni-Frid Lyngstad. The group's name is an acronym of the first letters of their first names.

Abba 9 years ago
HxkSNV7HtYM the-bee-gees-barry-gibbs-first-interview-after-robins-death The Bee Gees | Barry Gibb's first interview after Robin's death The BeeGees were a phenomenon with hit songs and legions of fans. But their success has been tinged with heartache, starting with the death of brother Andy in 1988, Maurice in 2003 and Robin in 2012. 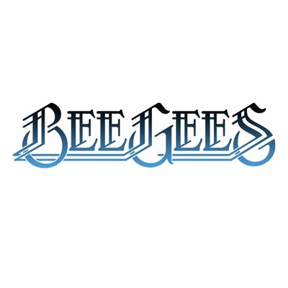 The Bee Gees 10 years ago
FZSHsJjsh-Y the-history-of-the-beatles The History of The Beatles Formed in 1960 in Liverpool, England, The Beatles went on to become the biggest rock band in the world. As the Fab Four, John Lennon, Paul McCartney, George Harrison and Ringo Starr conquered the world with Beatlemania and launched the British invasion.

The History of The Beatles

WatchMojo.com 11 years ago
QP5dOKTB3ng krautrock-the-rebirth-of-germany-2009 Krautrock | The Rebirth of Germany (2009) BBC documentary about 1970s German progressive music. From 1968 to 1977 bands like Neu!, Can, Faust, Tangerine Dream and Kraftwerk looked beyond US / UK rock and roll to create some of the most original and uncompromising music ever heard. 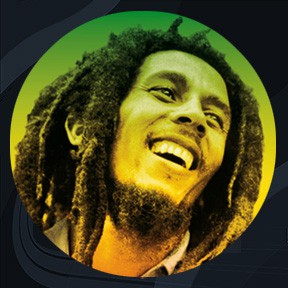 Bob Marley 29 years ago
6r5hqJ8UYyA a-year-in-the-life-the-beatles-in-1962 A Year in the Life | The Beatles in 1962 Beatle’s author and historian Mark Lewisohn guides us through a pivotal year for the Fab Four as they transformed into the band that would conquer the world. 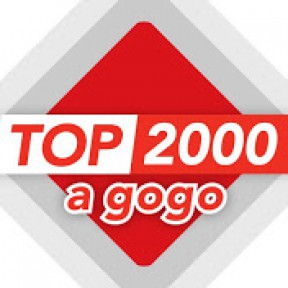 Top 2000 a gogo 41 years ago
Qgob2BUPgUw studio-54-behind-the-scenes-documentary Studio 54 | Behind The Scenes Documentary Studio 54: In the late 1970s, at the peak of the disco dancing and music trend, the building was renamed after its location, and became a world-famous nightclub and discotheque. The nightclub founders spent hundreds of thousands of dollars on professiona

Studio 54 | Behind The Scenes Documentary