A dinosaur's leg, stunningly preserved, has been presented by scientists claiming it was likely killed by a giant asteroid which caused the species' extinction.

The limb, complete with skin, is just one of a series of remarkable finds emerging from the Tanis fossil site in the US State of North Dakota.

But it's not just their exquisite condition that's turning heads - it's what these ancient specimens purport to represent.

The claim is the Tanis creatures were killed on the actual day the asteroid struck Earth 66 million years ago, which saw the reign of dinosaurs end.

FromPastToFuture 3 weeks ago
NJAzS1eRQS4 neanderthals-and-sapiens-the-100000-year-war Neanderthals and Sapiens, the 100,000-Year WAR The extinction of Neanderthal man is an issue that has never been too hotly debated, especially when we consider that this hominid was the undisputed ruler on our planet for more than 200,000 years and disappeared less than 30,000 years ago, to make way for the species to which we belong by descent: Homo sapiens.

FromPastToFuture 1 month ago
K_W61aL5D5I meeting-our-ancient-human-ancestors Meeting Our Ancient Human Ancestors The Cradle of Humankind in South Africa offers an incredible opportunity to come face to face with some of our earliest human ancestors. Australopithecus, Homo naledi, Paranthropus and others have all been discovered here and give us a rare glimpse into our own past.

Ben G Thomas 1 month ago
ahT78Rzqv6k dinosaurs-of-the-beginning-of-the-jurassic-period Dinosaurs of the Beginning of the Jurassic Period The Jurassic period, or the Jura, is probably the most interesting era.

ReYOUniverse 2 months ago
M0HoI-C6dDA what-is-it-that-made-homo-sapiens-so-intelligent What is it that made Homo Sapiens so Intelligent? Is it true or not true that we Sapiens are different? And if true, what do we have that is different from all other creatures on the planet?

FromPastToFuture 2 months ago
2uVzUFjVP0c this-is-what-the-earth-looked-like-before-the-dinosaurs-era This is what the Earth Looked Like Before the Dinosaurs Era The Earth has changed so many times and transformed heavily from when it first formed. How life came from non-life is still a big scientific mystery. 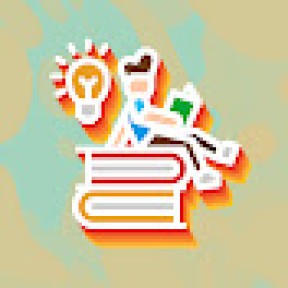 FromPastToFuture 4 months ago
xcRxwi0x5ig prehistoric-planet-did-velociraptor-have-feathers Prehistoric Planet | Did Velociraptor Have Feathers? “It would’ve looked a lot more like a really terrifying turkey.” Millions of years later, dinosaurs are still full of surprises.

Apple TV 4 months ago
p6qVVoYMTZc amazing-creatures-on-earth-before-dinosaurs Amazing Creatures on Earth before Dinosaurs Dinosaurs have a special place among prehistoric animals. During the Mesozoic era, many species of dinosaurs dominated the Earth. Let us talk about their less known but very interesting ancestors and their fight for a place under the sun.

aatventure 7 months ago
MqkoGab5JtE ancient-humans-homo-floresiensis Ancient Humans | Homo Floresiensis Did you know real Hobbit people used to exist on the planet a long time ago?

History with Kayleigh 8 months ago
OivG32DVArY genetics-and-human-evolution Genetics and Human Evolution One of the most exciting parts of 21st century science has been the use of genetics to understand patterns of human evolution.

aatventure 11 months ago
iM6LSUpanmg the-complex-evolution-of-homo-sapiens-thats-you The Complex Evolution of Homo Sapiens (that's you) The evolution of you. 1,000,000 years ago to 30,000 years ago. 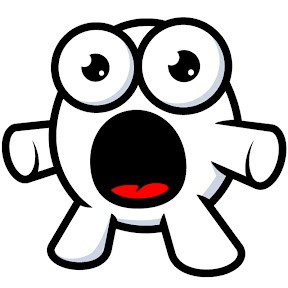 Be Amazed 1 year ago
9-pnkseVdv0 the-cambrian-explosion-new The Cambrian Explosion (new) The Cambrian is marked by the diversification of more complex animals like arthropods and early "fishes". Life is still only marine.

Eons 1 year ago
mAkjETPM1s4 how-plants-caused-the-first-mass-extinction How Plants Caused the First Mass Extinction In the middle of the Cambrian, life on land was about to get a little more crowded. And those newcomers would end up changing the world...