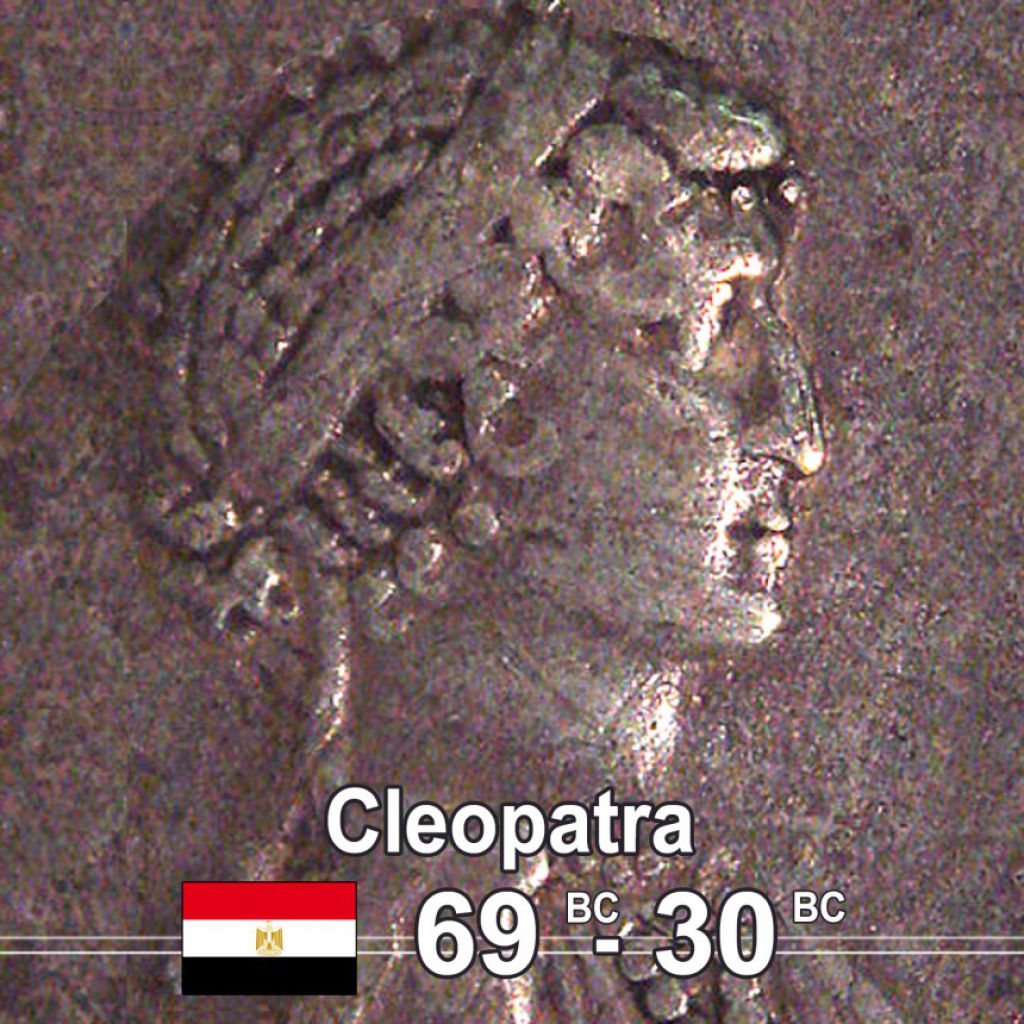 Cleopatra VII Philopator (69BC - 30 BC) was the last active ruler of the Ptolemaic Kingdom of Egypt, nominally survived as pharaoh by her son Caesarion. She was also a diplomat, naval commander, linguist, and medical author.

As a member of the Ptolemaic dynasty, she was a descendant of its founder Ptolemy I Soter, a Macedonian Greek general and companion of Alexander the Great.

After the death of Cleopatra, Egypt became a province of the Roman Empire, marking the end of the Hellenistic period that had lasted since the reign of Alexander (336–323 BC). Her native language was Koine Greek and she was the first Ptolemaic ruler to learn the Egyptian language.

In 58 BC, Cleopatra presumably accompanied her father Ptolemy XII during his exile to Rome, after a revolt in Egypt allowed his eldest daughter Berenice IV to claim the throne. The latter was killed in 55 BC when Ptolemy XII returned to Egypt with Roman military assistance. When Ptolemy XII died in 51 BC, he was succeeded by Cleopatra and her younger brother Ptolemy XIII as joint rulers, but a falling-out between them led to open civil war.

After losing the 48 BC Battle of Pharsalus in Greece against his rival Julius Caesar in Caesar's Civil War, the Roman statesman Pompey fled to Egypt, a Roman client state. Ptolemy XIII had Pompey killed while Caesar occupied Alexandria in pursuit of Pompey. As consul of the Roman Republic, Caesar attempted to reconcile Ptolemy XIII with Cleopatra. However, Ptolemy XIII's chief adviser, Potheinos, viewed Caesar's terms as favoring Cleopatra, and so his forces, which eventually fell under the control of Cleopatra's younger sister, Arsinoe IV, besieged both Caesar and Cleopatra at the palace. The siege was lifted by reinforcements in early 47 BC. Ptolemy XIII died shortly thereafter in the Battle of the Nile, Arsinoe IV was eventually exiled to Ephesus, and Caesar, now an elected dictator, declared Cleopatra and her other younger brother Ptolemy XIV as joint rulers of Egypt.

However, Caesar maintained a private affair with Cleopatra that produced a son, Caesarion (Ptolemy XV). Cleopatra traveled to Rome as a client queen in 46 and 44 BC, staying at Caesar's villa. When Caesar was assassinated in 44 BC, Cleopatra attempted to have Caesarion named as his heir, but this fell instead to Caesar's grandnephew Octavian (known as Augustus by 27 BC, when he became the first Roman emperor). Cleopatra then had Ptolemy XIV killed and elevated Caesarion as co-ruler.

0
Facebook
Twitter
WhatsApp
8lii3141kIA are-we-close-to-finding-cleopatra-and-mark-antony Are we Close to Finding Cleopatra and Mark Antony? Archaeologists searching for the remains of Queen Cleopatra say a site in Egypt’s Nile Delta may offer fresh clues as to where the famous queen was laid to rest.

Are we Close to Finding Cleopatra and Mark Antony? 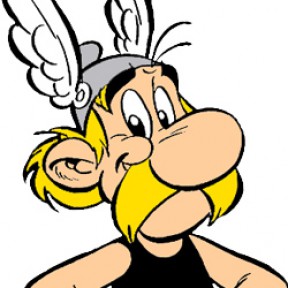 Asterix 54 years ago
Nzkozy31Z4w biography-cleopatra-ruler-of-egypt-51bc-30bc Biography | Cleopatra: Ruler of Egypt (69BC-30BC) Cleopatra VII is one of the most famous women who has ever lived. Her story has inspired poets, dramatists, and artists for more than 2,000 years. Through cunning and guile, she survived to rule Egypt as all of her siblings perished by the wayside.