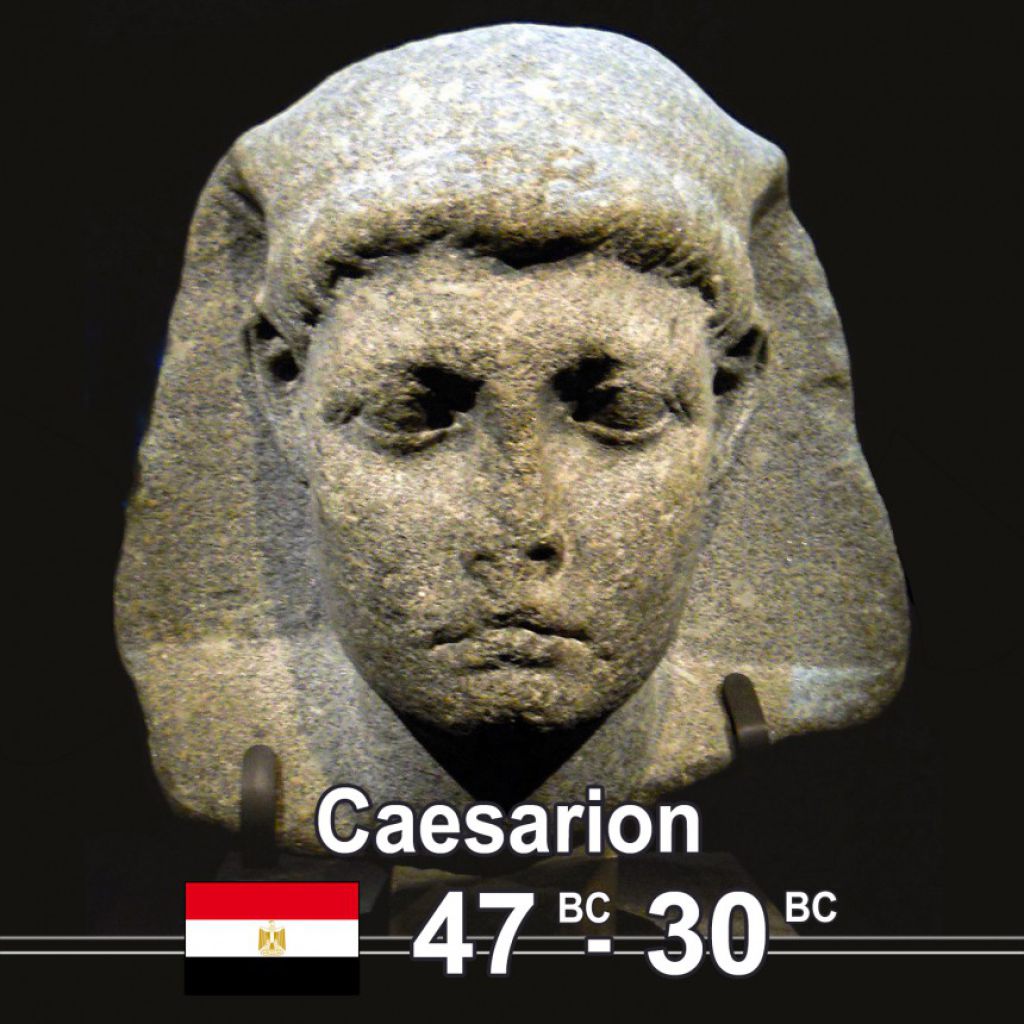 the-archiver 2020 years ago
The Archiver #TimeMachine

Ptolemy XV Philopator Philometor Caesar (47 BC - 30 BC), better known by the nicknames Caesarion and Ptolemy Caesar, was the last Pharaoh of Egypt, reigning with his mother Cleopatra VII from 2 September 44 BC until her death by 12 August 30 BC and as sol

Caesarion was the eldest son of Cleopatra and possibly the only biological son of Julius Caesar, after whom he was named. He was the last sovereign member of the Ptolemaic dynasty of Egypt.

Caesarion was born in Egypt on 23 June 47 BC. His mother Cleopatra insisted that he was the son of Julius Caesar, and while he was said to have inherited Caesar's looks and manner, Caesar apparently did not officially acknowledge him. One of Caesar's supporters, Gaius Oppius, even wrote a pamphlet which attempted to prove that Caesar could not have fathered Caesarion. Nevertheless, Caesar may have allowed Caesarion to use his name. The matter became contentious when Caesar's adopted son, Octavian, came into conflict with Cleopatra.

In some medical literature Caesarion is said to have suffered from epilepsy, a neurological condition apparently inherited from his father. This thesis has been refuted by paleopathologist Francesco M. Galassi and surgeon Hutan Ashrafian, who have argued that the first mention of potential epileptic attacks can only be found in 20th century novels, instead of ancient primary sources. Additionally, they claimed that this controversial assumption had been mistakenly used in the historico-medical debate on Julius Caesar's alleged epilepsy to strengthen the notion that the dictator really suffered from that disease.

Caesarion spent two of his infant years, from 46 to 44 BC, in Rome, where he and his mother were Caesar's guests. Cleopatra hoped that her son would eventually succeed his father as the head of the Roman Republic, as well as of Egypt. After Caesar's assassination on 15 March 44 BC, Cleopatra and Caesarion returned to Egypt. Caesarion was named co-ruler by his mother on 2 September 44 BC at the age of three, although he was pharaoh in name only, with Cleopatra keeping actual authority. Cleopatra compared her relationship to her son with that of the Egyptian goddess Isis and her divine child Horus.

There is no historical record of Caesarion between 44 BC until the Donations of Antioch in 36 BC. Two years later he also appears at the Donations of Alexandria. Cleopatra and Antony staged both "Donations" to donate lands dominated by Rome and Parthia to Cleopatra's children: Caesarion, the twins Alexander Helios and Cleopatra Selene II, and Ptolemy Philadelphus (the latter three fathered by Marc Antony). Octavian gave public approval to the Donations of Antioch in 36 BC, which have been described as an Antonian strategy to rule the East making use of Cleopatra's unique royal Seleucid lineage in the regions donated.

In 34 BC, Antony granted further eastern lands and titles to Caesarion and to his own three children with Cleopatra in the Donations of Alexandria. Caesarion was proclaimed to be a god, a son of [a] god, and "King of Kings". This grandiose title was "unprecedented in the management of Roman client-king relationships" and could be seen as "threatening the 'greatness' of the Roman people". Antony also declared Caesarion to be Caesar's true son and heir. This declaration was a direct threat to Octavian (whose claim to power was based on his status as Julius Caesar's grandnephew and adopted son). These proclamations partly caused the fatal breach in Antony's relations with Octavian, who used Roman resentment over the Donations to gain support for war against Antony and Cleopatra.

After the defeat of Antony and Cleopatra at the Battle of Actium in 31 BC, Cleopatra seems to have groomed Caesarion to take over as "sole ruler without his mother". She may have intended to go into exile, perhaps with Antony, who may have hoped that he would be allowed to retire as Lepidus had. Caesarion reappears in the historical record in 30 BC, when Octavian invaded Egypt and searched for him. Cleopatra may have sent Caesarion, 17 years old at the time, to the Red Sea port of Berenice for safety, possibly as part of plans for an escape to India; he may have been sent years earlier, but the sources are unclear. Plutarch does say that Caesarion was sent to India, but also that he was lured back by false promises of the kingdom of Egypt:

Caesarion, who was said to be Cleopatra's son by Julius Caesar, was sent by his mother, with much treasure, into India, by way of Ethiopia. There Rhodon, another tutor like Theodorus, persuaded him to go back, on the ground that [Octavian] Caesar invited him to take the kingdom.

Octavian captured the city of Alexandria on 1 August 30 BC, the date that marks the official annexation of Egypt to the Roman Republic. Around this time Mark Antony and Cleopatra died, traditionally said to be by suicide, though murder has been suggested. Details of the narratives in Plutarch are generally challenged and not taken literally. Caesarion's guardians, including his tutor, were themselves either lured by false promises of mercy into returning him to Alexandria, or simply betrayed him; the records are unclear.

Octavian is supposed to have had Pharaoh Caesarion executed in Alexandria, following the advice of Arius Didymus, who said "Too many Caesars is not good" (a pun on a line in Homer). It is popularly thought that he was strangled, but the exact circumstances of his death have not been documented. Octavian then assumed absolute control of Egypt. The year 30 BC was considered the first year of the new ruler's reign according to the traditional chronological system of Egypt.

0
Facebook
Twitter
WhatsApp
Nzkozy31Z4w biography-cleopatra-ruler-of-egypt-51bc-30bc Biography | Cleopatra: Ruler of Egypt (69BC-30BC) Cleopatra VII is one of the most famous women who has ever lived. Her story has inspired poets, dramatists, and artists for more than 2,000 years. Through cunning and guile, she survived to rule Egypt as all of her siblings perished by the wayside. 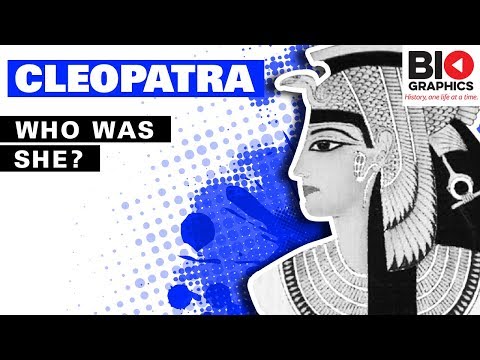