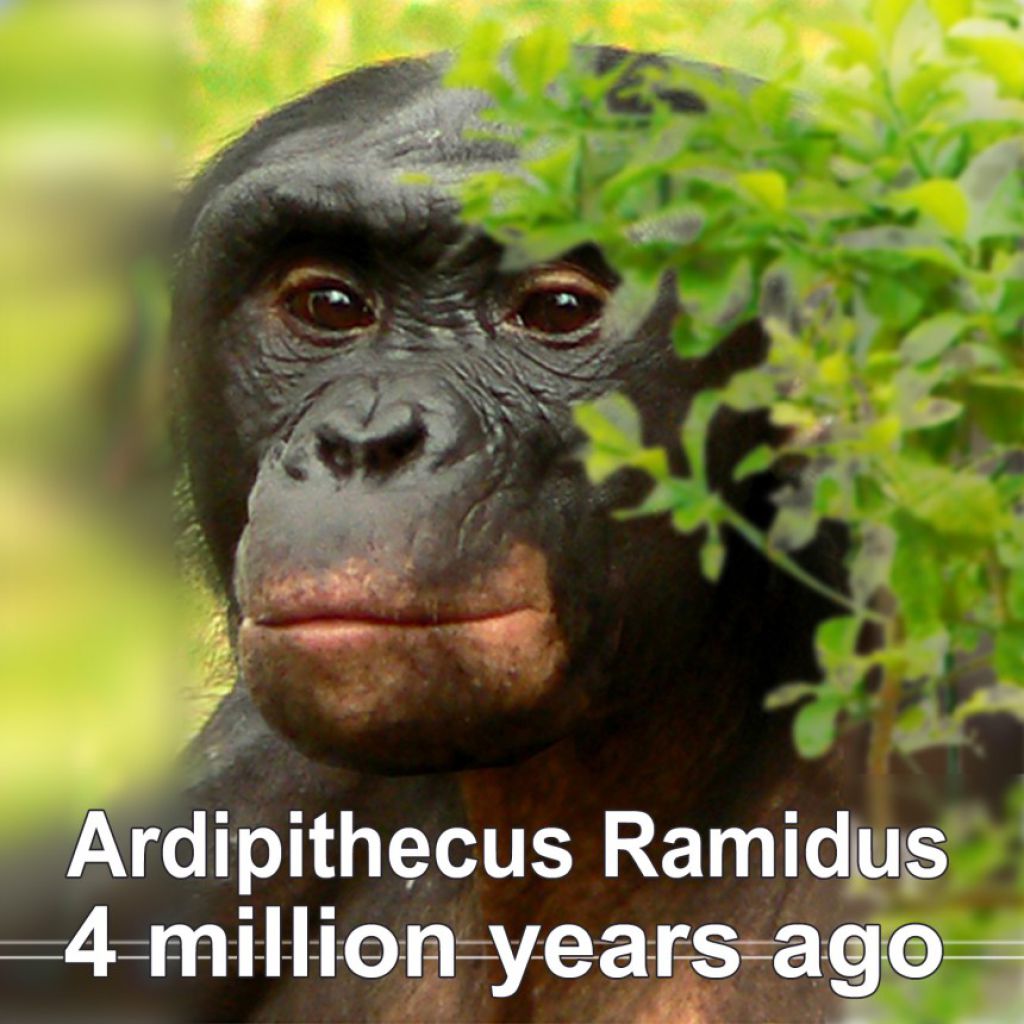 Ardipithecus Ramidus is a species of Hominin classified as an australopithecine of the genus Ardipithecus. A. Kadabba was considered to be a subspecies of A. Ramidus until 2004.

A. Ramidus was named in September 1994 as Australopithecus Ramidus. In 1995, this was made a separate genus Ardipithecus. The first fossil found was dated to 4.4 million years ago on the basis of its stratigraphic position between two volcanic strata: the basal Gaala Tuff Complex (G.A.T.C.) and the Daam Aatu Basaltic Tuff (D.A.B.T.)

The name Ardipithecus Ramidus stems mostly from the Afar language, in which Ardi means "ground/floor" and ramid means "root". The pithecus portion of the name is from the Greek word for "ape".

Like most hominids, but unlike all previously recognized Hominins, it had a grasping hallux or big toe adapted for locomotion in the trees. It is not confirmed how much other features of its skeleton reflect adaptation to bipedalism on the ground as well. Like later Hominins, Ardipithecus had reduced canine teeth.

In 1992-1993 a research team headed by Tim White discovered the first A. Ramidus fossils, seventeen fragments including skull, mandible, teeth and arm bones, from the Afar Depression in the Middle Awash river valley of Ethiopia. More fragments were recovered in 1994, amounting to 45% of the total skeleton. This fossil was originally described as a species of Australopithecus, but White and his colleagues later published a note in the same journal renaming the fossil under a new genus, Ardipithecus. Between 1999 and 2003, a multidisciplinary team led by Sileshi Semaw discovered bones and teeth of nine A. Ramidus individuals at As Duma in the Gona Western Margin of Ethiopia's Afar Region. The fossils were dated to between 4.35 and 4.45 million years old.