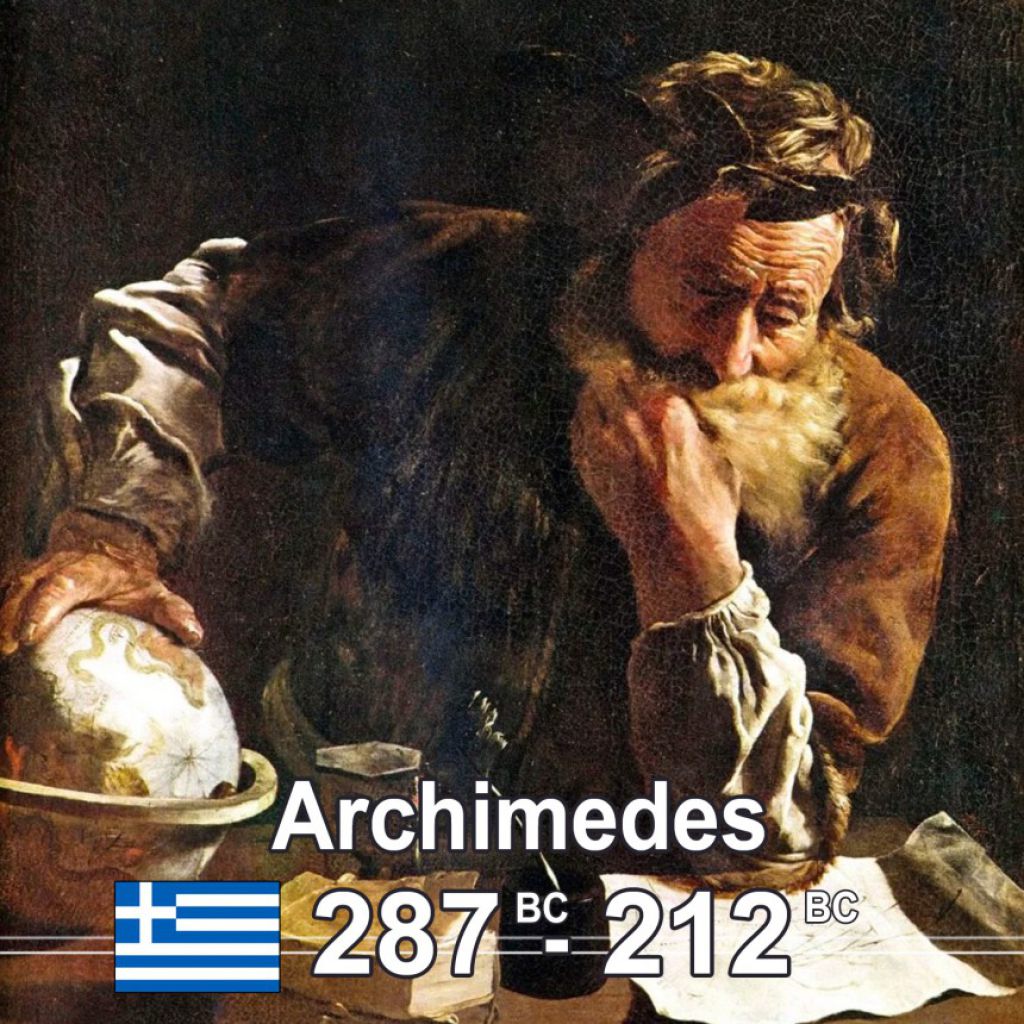 Archimedes of Syracuse ( 287BC - 212 BC) was a Greek mathematician, physicist, engineer, inventor, and astronomer. Although few details of his life are known, he is regarded as one of the leading scientists in classical antiquity. Generally considered the

Archimedes anticipated modern calculus and analysis by applying concepts of infinitesimals and the method of exhaustion to derive and rigorously prove a range of geometrical theorems, including the area of a circle, the surface area and volume of a sphere, and the area under a parabola.

Other mathematical achievements include deriving an accurate approximation of pi, defining and investigating the spiral bearing his name, and creating a system using exponentiation for expressing very large numbers. He was also one of the first to apply mathematics to physical phenomena, founding hydrostatics and statics, including an explanation of the principle of the lever. He is credited with designing innovative machines, such as his screw pump, compound pulleys, and defensive war machines to protect his native Syracuse from invasion

Archimedes died during the Siege of Syracuse when he was killed by a Roman soldier despite orders that he should not be harmed. Cicero describes visiting the tomb of Archimedes, which was surmounted by a sphere and a cylinder, which Archimedes had requested be placed on his tomb to represent his mathematical discoveries.

Unlike his inventions, the mathematical writings of Archimedes were little known in antiquity. Mathematicians from Alexandria read and quoted him, but the first comprehensive compilation was not made until c. 530 AD by Isidore of Miletus in Byzantine Constantinople, while commentaries on the works of Archimedes written by Eutocius in the sixth century AD opened them to wider readership for the first time. The relatively few copies of Archimedes' written work that survived through the Middle Ages were an influential source of ideas for scientists during the Renaissance, while the discovery in 1906 of previously unknown works by Archimedes in the Archimedes Palimpsest has provided new insights into how he obtained mathematical results.

Greece
WE VALUE YOUR PRIVACY!
No email-address required.
Just add your comment,
a UNIQUE username
and a password to be remembered by.
You will be automagically signed-in.

Biography | Archimedes: The Greatest Mind (287 BC)